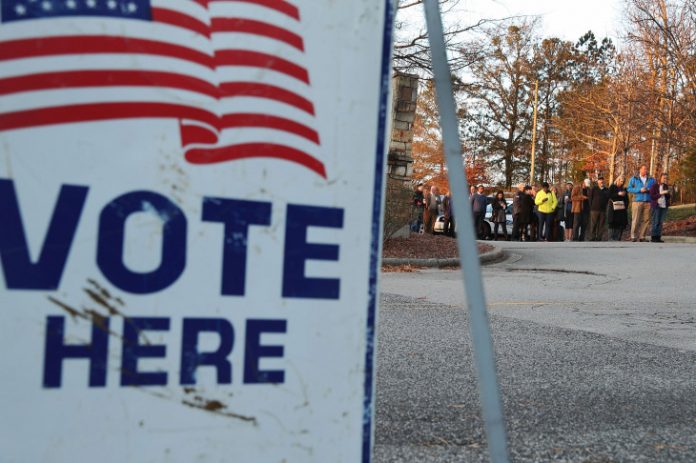 Seeking to guarantee the voting rights of Alabama residents with felony convictions who have paid their debts to society, the Campaign Legal Center (CLC) and the Southern Poverty Law Center (SPLC) are launching the Alabama Voting Rights Project, a grassroots campaign to re-enfranchise thousands of Alabama voters.
The Alabama Voting Rights Project will take a simple message across the state: a felony conviction does not permanently take away a person’s right to vote.
Many Alabama residents who have paid their debts to society are eligible to vote or to have their voting rights restored by obtaining a certificate of eligibility to register to vote.
Workers in the campaign will organize and train local leaders in communities across the state, participate in community events and forums and go doorto-door to work with formerly incarcerated people who may be eligible to vote under Alabama law.
They will also make use of an online tool, www.alabamavotingrights.com, that will guide formerly incarcerated Alabamians through the process of registering or re-establishing their voting status.
“So many people fought and died to ensure that all citizens have a voice in American society through the right to vote, yet many men and women – disproportionately African Americans and poor people – have been denied the right to vote even after completing their sentences,” said Lecia Brooks, outreach director for the SPLC. “The Alabama Voting Rights Project is dedicated to ensuring that every person who is eligible to vote in Alabama is registered, and that each one of them can access the franchise. A healthy democracy depends on full participation by all members of society.”
For more than a century, the violations that disqualified a voter in Alabama were decided by individual county officials throughout the state, resulting in different standards for each county. This relic of the Jim Crow era effectively silenced the voices of more than 280,000 Alabamians.
By passing the Definition of Moral Turpitude Act (HB 282) in 2017, Alabama finally clarified which felonies, state or federal, will not disqualify Alabamians from voting.
It also started the process of restoring the right to vote for tens of thousands of people. Those Alabamians can now register to vote, even if they were previously told they could not.
Tens of thousands of additional Alabamians may be eligible to restore their right to vote through a simple application for a state certificate of eligibility to register to vote.
Although Alabama passed the “moral turpitude” law that clarified which felonies would not block people from voting, Secretary of State John Merrill has said that his office would not take action to make sure the thousands of people affected by the law actually know about it.
Through their new voting rights project, the CLC and the SPLC will actively reach out to Alabama residents who are affected by the law, make sure they know about it and help them access their right to vote under it.
“The Alabama Voting Rights Project is going to organize door to door, community by community in every region of Alabama to reach tens of thousands of Alabamians affected by recent changes in the law,” said Blair Bowie, Alabama Voting Rights Campaign Manager and Skadden Fellow at the Campaign Legal Center.