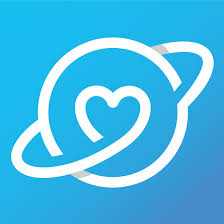 Planet Fundraiser is a service-driven app based on giving back to the community. The Alabama-grown company started almost two years ago in Birmingham and is now expanding to the Opelika-Auburn area.
The app shows users which local businesses give a portion of their purchase to local schools or non-profits. “It allows consumers to support causes they care about with their everyday purchases,” said Planet Fundraiser Director of Community Success Hayden Patton. “We have a variety of merchants on the app – dry cleaners, restaurants, grocery stores, etc. The consumer takes a picture of their receipt, we send it to the merchant, and that merchant sends a portion of the total to a school or non-profit of their choice.”
Patton said the great thing about the app is that consumers get to support the causes they care about, and the merchant gets to support what the customers care about. “We offer a service for merchants to help them market their business and streamline their giving through the app. There is also a dashboard on the app so people can see how much money they’ve raised for their group.”
Available at both the App Store and Google Play, the free Planet Fundraiser app is for groups to join and users to download. More than 400 community groups, 250 businesses and thousands of users are engaged on the platform.
“As an Alabama-grown app, we’re especially excited to be able to partner with the Opelika community and invest in the growth of this city and its causes,” said Kasey Birdsong, Planet Fundraiser founder and CEO.
To learn more about Planet Fundraiser or to sign up your community group or company, join the Planet Fundraiser app, visit www.PlanetFundraiser.com.