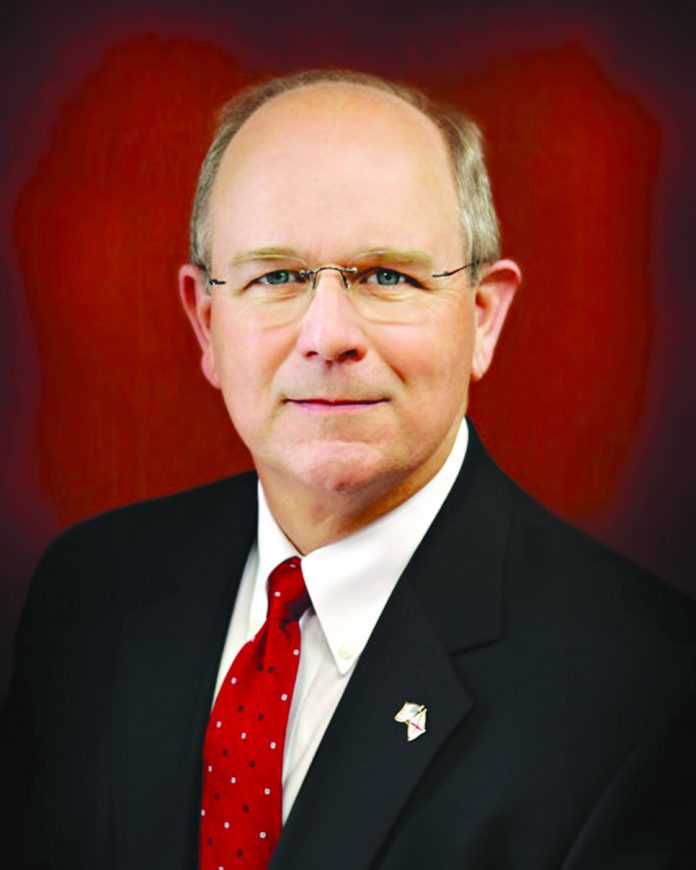 Relying on his business background and knowledge of the area, Butch Brock is one of two Republican candidates vying for the nomination to run in the fall election for the Lee County Commission’s First District seat.
Last summer, after learning that Sheila Eckman was stepping down from her position on the commission after this term, Brock said he decided it was time to throw his hat in the ring for local politics.
“If she had run, I wouldn’t have run against her. She’s done a good job in representing her constituents,” Brock said.
Born and raised in Montgomery, Brock attended Jacksonville State University, where he majored in criminal justice. Originally considering a career in law enforcement, he started in sales after college but shortly transitioned to the technology world, working for companies including Cellular One, Alltel and most recently, Point Broadband, where he serves as the vice president of corporate development.
Brock moved to Auburn nearly two decades ago, and his daughter Amelia grew up in the Auburn City School system. He said he has strived to be an involved community member, serving two terms on the Auburn Parks and Recreation Board (one as chairman), spending several years on the Auburn Water Works Board (including time as the board’s vice chairman) and is an active member of the local Citizen’s Advisory Committee for the NPO.
“I’ve been involved in such a number of community and governmental affairs, so hopefully being elected commissioner later this year would be just another step for me,” Brock said.
If elected, Brock said he would like to work with Lee County Sheriff Jay Jones and make sure that his department needs are met as well as better prepare the district’s infrastructure to accommodate its rapid growth.
“Currently, we’re on a 50-year resurfacing schedule, and ideally, that should be 25 and at maximum 30. That’s something that I would definitely like to help address,” Brock said.
As a commissioner, Brock said he would make himself as available as possible to help meet constituents needs or answer their questions.
“You gotta be available. If somebody needs, they can call me,” Brock said. “An elected official that can’t be reached is of no use to his constituents. I want to be involved and visible to the community.”
For more information or updates on Brock’s campaign, like and follow “Butch Brock for Lee County Commission” on Facebook.