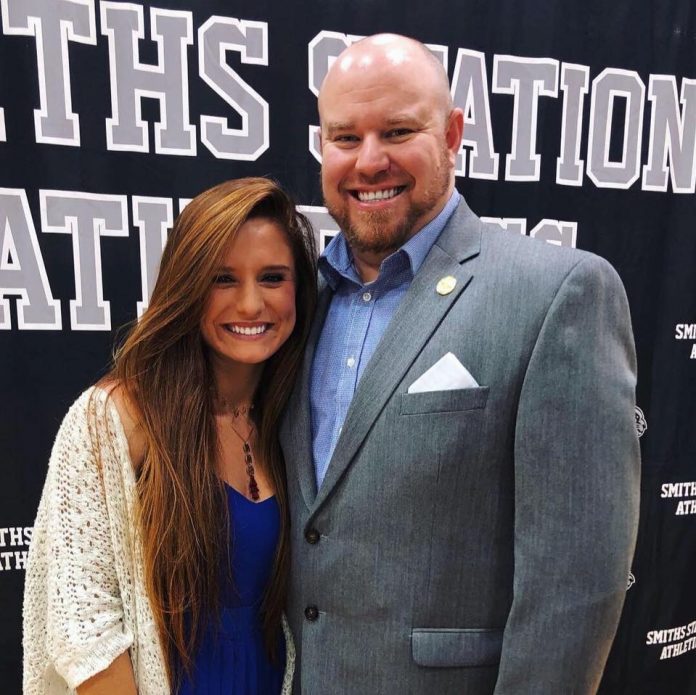 Smiths Station High School has promoted Brian Nelson to become the school’s new male athletic director.
Nelson replaces Adam Johnson, who accepted the open athletic director position at Beulah High School last month.
A graduate of both Childersburg High School and UAB, Nelson coached and taught at his alma mater for eight years before coming to Smiths Station in 2016.
“I had coached everything from junior high athletics to being the head softball coach, coaching football, and being an assistant on a baseball program that had won two state championships and somewhere around 13 area titles in 14 years. I know now I had become stagnant in my career, which is why I was willing to make a change,” Nelson said.
Upon his arrival at Smiths Station, Nelson said he hit the ground running. He was responsible for organizing events like the Panther Leadership Summit and working as an academic coordinator to ensure coaches knew whether or not their players were in good standing and on track to graduate.
Nelson said he plans to continue many of Johnson’s ideas and practices as he moves forward in the position and working alongside Female Athletic Director Shana Johnson.
Two immediate goals that Nelson said he wants to take on in his new role is branding and forging an elite male athletics program.
Working with Mayor F.L. “Bubba” Copeland, Nelson said he wants to work on educating the community on how important the Smiths Station brand is.
“We have a great brand that is already established, and I want to work on educating our students, staff and our community on the enormous responsibility it is to be a brand ambassador. I’d also like to see more visuals of our branding through digital and traditional signage, banners and flags on campus, and even to a point regulating what can be done inside our brand,” Nelson said. “I’m excited to be apart of growing the brand of Smiths Station, Smiths Station High School and Panther Athletics.”
Through close bonds with coaches of both male and female programs, Nelson said he wants to help create a culture within the Panther’s athletic program that points students in the right way of competing and winning games played at the highest level of high school competition in Alabama.
“I want our coaches and players to be elite … which is the best version of (one’s self) … and to work hard to sharpen their skills and go out and compete. This place has some absolute greatness in it, from the kids to the community and so on, and I want our coaches to tap into that,” Nelson said.
Nelson added that he will still retain several other duties while serving as the male athletic director, including coaching the football team’s running backs and teaching U.S. History 10 and psychology.
“I honestly haven’t had a ton of time to be emotional (or reflect on the promotion). I called my mom and dad, and pretty much just got to work,” Nelson said.
Smiths Station will open the 2019-20 athletic year with its opening football contest on the road at Russell County. Kickoff is set for 7 p.m. E.S.T.