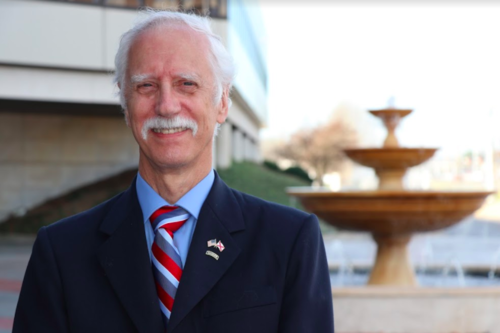 My name is Brian McGee and I love Alabama. We have the greatest people, a wealth of natural and personal resources, and a can-do attitude second to none.
So why are we near the bottom in almost every major quality of life indicator, such as education, health care, access to good jobs? It’s not Alabama; instead, it’s the result of the policies and laws in Montgomery. In eight years of Republican rule, we’ve been stuck at the bottom, with a dose of political scandals thrown in for good measure. If we keep electing the same people who vote the same way, pushing the same ideas, we will stay on the bottom. If you are an Alabamian who does not like being on the bottom, you need to do something different. I’m running for the Alabama State House in order to give the residents of Chambers and Lee counties a real choice.
My motto is “Leave No One Behind.” I have never shirked from the hard tasks, and I will not do it now. I enlisted army infantry as a private during the Vietnam War.
Four years later I left active duty with the rank of captain. While in Vietnam, I commanded the 39th Scout Dogs for the 173rd Airborne Brigade, and, in one year as its commanding officer, didn’t lose a single man.
Our country honored me with the Combat Infantry Badge and Bronze Star.
Alabama needs to make common-sense decisions and end political bickering.
As an example, Republicans have refused to expand Medicaid – turning down $21 billion dollars that would extend health care to 300,000 citizens of this state and keep rural hospitals open.
Not one state that took the Medicaid expansion is looking to drop it. Our rural hospitals will close without that money, costing us jobs and lives. In fact, Valley almost lost its hospital.
I was a teacher for 37 years, teaching in both the U.S. and four foreign countries. Obviously, I am greatly concerned about education.
We need to give teachers the resources they need to teach. Teachers shouldn’t be digging into their own pockets to buy school supplies. I also believe our children are much, much more than their scores on standardized tests.
Excessive testing is expensive, degrading, and not improving our schools. I was grateful to have taught when safety at school was not the issue it is today.
I believe our kids must be safe in school, but, while I support common sense measures such as resource officers and access controlled doors, I am not in favor of arming teachers.
I am running as a Democrat, but I pledge to vote for what I believe is best for all the people of the 38th district. I attend church and Bible Study each week. I am personally committed to the importance of families in our state and nation. I have been married to my wife, Jacqueline, for almost 49 years, have two children, and have 5 grandchildren.
If I am elected to represent District 38, I make these commitments:
• I will honor my motto, “Leave No One Behind.”
• I will use my life’s experiences to your benefit, thinking outside the box.
• I will perform my job honestly, with integrity.
• I will, as a retiree, make representing this district my full time job.