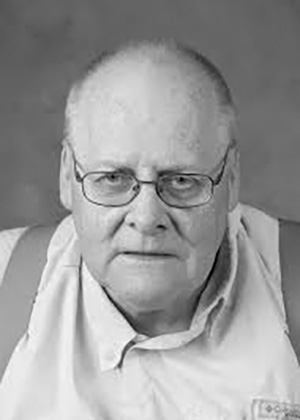 When Jimmy Carter was on the verge of his presidential inauguration in January 1977, he wondered how he could convince his independent mother, Miss Lillian, to have a bodyguard. With her work on Carter’s 1976 campaign, she was a darling of the press for her outspokenness and Southern charm. As part of the president’s family, Miss Lillian could get 24-hour protection. Finally, she allowed a state trooper who was a friend from Plains, Georgia, to be her bodyguard.
“What started out as a security job turned into a personal aide job as time went on and we got closer to each other,” recalled Ray Hathcock in A Remarkable Mother. “Pretty soon I was doing her shopping at the grocery store and, as she told everybody, the liquor store. I never let her run out of her favorite Old Forester bourbon!”
But protecting public figures is a serious job. Here, I write about two recent non-fatal shootings, as well as the deaths of two lionized American politicians.
During a popular “Congress on Your Corner” meeting in 2011, U.S. Rep. Gabby Giffords of Tucson, Arizona, had police nearby. Suddenly a man fired a 9mm pistol with a 33-round magazine, hitting 19 people and killing six. The shooter was charged with, among other felonies, attempting to assassinate a member of Congress.
Giffords was hit from point-blank range, so she sustained serious head injuries and resigned from the House in 2012. Leaders such as the House Speaker and Minority Leader have several assigned guards, from the U.S. Capitol Police. Other members usually only have guards or police present when they ask specifically for help.
The criminal shot so fast that he wasn’t caught until he had done his dirty deed. The security team did not fail; everything just happened so fast. Giffords is a strong gun control advocate. Her husband Mark Kelly was an astronaut and is retired from the Navy. He is the Democratic nominee for the U.S. Senate in Arizona; his campaign slogan is “The Mission Comes First.”
In 2017, Congressman Steve Scalise, of Louisiana, was wounded when a left-wing activist shot at Republican congressmen at a baseball practice. The only one hit was Scalise; he lost a lot of blood, but fully recovered in a few weeks. As his website notes, “…Scalise was saved by a heroic response from the U.S. Capitol Police Special Agents and Alexandria (VA) Police Officers.” Scalise has 24-hour protection because he is in the leadership, as Republican Whip.
On Nov. 27, 1978, a disgruntled former San Francisco Supervisor snuck into City Hall, evading metal detectors, then shot and killed Mayor George Moscone and Supervisor Harvey Milk. Milk was the first openly gay man elected a state official in California. He became a martyr for the gay rights movement. After the killings, many people left flowers outside City Hall, and at night there was a spontaneous candlelight march to City Hall.
In 1978, I was a 22-year-old political science student and editor of my college newspaper. I often went to the City Hall in Providence, Rhode Island, to attend city council meetings or for campaign events. Some security guards knew me and often waved me through without fully checking my bags. But after the murders in California, things got more by-the-book. I didn’t complain, though. I felt safer.
Democratic presidential candidate Robert F. Kennedy was shot in Los Angeles on June 5, 1968 and died 26 hours later. The New York Senator and former U.S. Attorney General was surging after winning several primaries and he had a good shot of winning the general election. But death came at 42 years old. (He was assassinated just 4 ½ years after his brother, President John F. Kennedy, was shot and killed in Dallas, Texas.)
Shockingly, the government did not yet provide Secret Service protection for presidential candidates. Kennedy’s paid security consisted of only one man, a former FBI agent. He had two unofficial bodyguards: 1960 Olympic decathlon gold medalist Rafer Johnson and former LA Rams player Rosey Grier. They captured the suspect, but three shots had already hit RFK. The Secret Service extended coverage to all major candidates shortly after the senator’s death.
In the 1992 film The Bodyguard, a character says to professional bodyguard Frank Farmer (Kevin Costner): “They say you used to be with the Secret Service.” Frank: “That’s right.” Other character, “Ever guard the main man?” Frank again: “I was two years with Carter, four with Reagan.” Response: “Reagan got shot!” Frank says, “Not on my shift.” A happy ending there, thank goodness.
Greg Markley has lived in Lee County for 20 of the past 24 years. An award-winning journalist, he has Master’s degrees in education and history. He taught political science as an adjunct in Georgia.