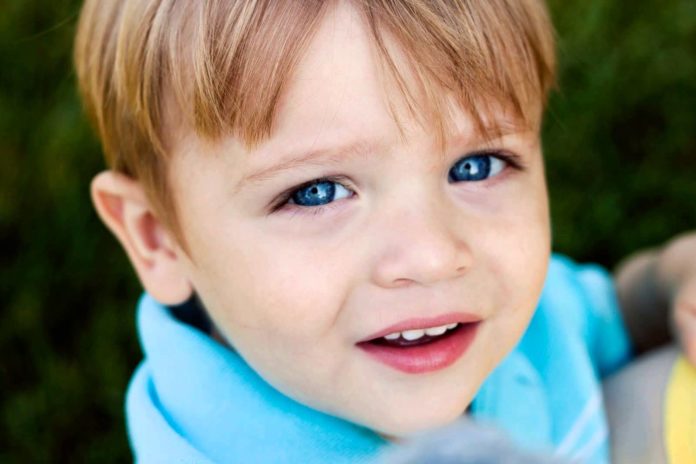 I’m interrupted by the voice of a child. A kid is riding on the front of a buggy like Captain Ahab. His mother is driving. His father is following.

The kid is making airplane noises.

The child is small. His joints are bony. His skin is pale. He is bald. There is a half-moon-shaped scar on his scalp. Another scar travels down the back of his neck.

He jumps off the cart. His tennis shoes hit the floor hard.

“Can I buy EVERY kinda cereal?” he asks.

“You’re not going to feel like cereal after surgery,” his father says.

“Let’s wait until surgery’s over,” adds his mother. “Once you’re better, then you can have as many boxes as you want.”

The boy is younger than young. Barely out of toddlerhood. He looks sick. He stares at them and says:

“What if I’m dead after surgery?”

His remark is as sincere as April rain. And it brings hot water to my eyes.

His mother and father scoop him into their arms. I have to leave the aisle.

All of a sudden, I am in the produce section. I see a Mexican family. They are standing in a huddle, speaking rapid-fire.

The girl holds an onion toward them.

The girl laughs. The women laugh.

I’m still thinking about the kid.

The checkout line is long. There are only two cashiers open.

As it happens, I am a few shopping buggies behind the boy with the scar.

And the people of Walmart become invisible. So do the boy’s parents, the cashier, and the folks in line. I can’t see any.

I only see him.

The boy and I make eye-contact for a brief moment. It’s not long, but just enough for him to smile at me. I smile back.

His eyes are blue. He seems like the happiest creature God ever made. And it makes me proud, somehow. I wish I could take his sickness from him.

When he and his parents leave through the double doors, he’s holding his father’s and mother’s hands.

I can still see those blue eyes in my mind. You can tell a lot about a person by their eyes. His were large, expressive. They became squints when he smiled. He’s a good kid. I can tell.

It’s all so beautiful that it hurts.

I’m lucky. I really am. God, please, don’t let me ever forget that boy.