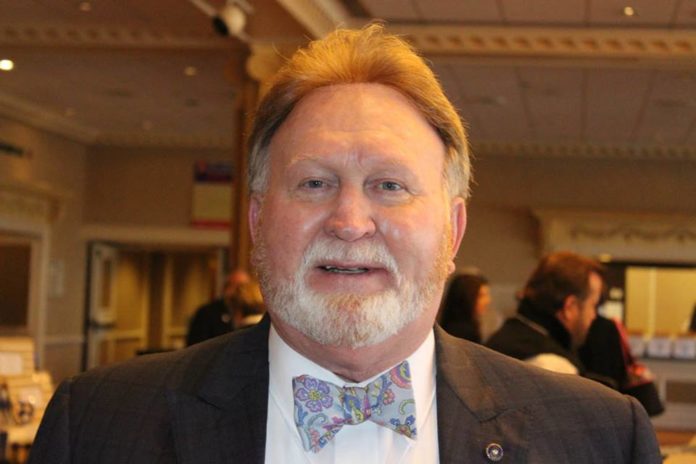 After a nearly three-year process, Opelika’s Bill Trant has been named the district governor of Rotary Club District 6880, and will begin his one-year term July 1.
Trant, owner of Jeffcoat-Trant Funeral Home, said his primary tasks as district governor will be to support existing clubs and encourage contributions from club members to the Rotary Foundation, which focuses on improving the quality of life for people both here in the United States and around the world.
“(My ultimate goal) as district governor will be to encourage people to give more and do more … be a part of their community, and get involved, because this is their community,” Trant said.
Since moving to Opelika in 1988, Trant has played an active role in the community, helping found Opelika’s Dixie Youth baseball league, serving as vice president for Keep Opelika Beautiful, and most recently as the chairman of the Opelika Chamber of Commerce board.
“When we first got here, we realized this was our home, and we wanted to be a part of the Opelika community. We just wanted to help make Opelika a better place to be, and we have thrived on having the opportunity to do that, and will continue to,” Trant said.
Trant’s swearing-in ceremony will be held June 29 at the Saugahatchee Country Club, beginning at 6 p.m. For more information on the Rotary Foundation and its service projects, visit www.rotary.org.