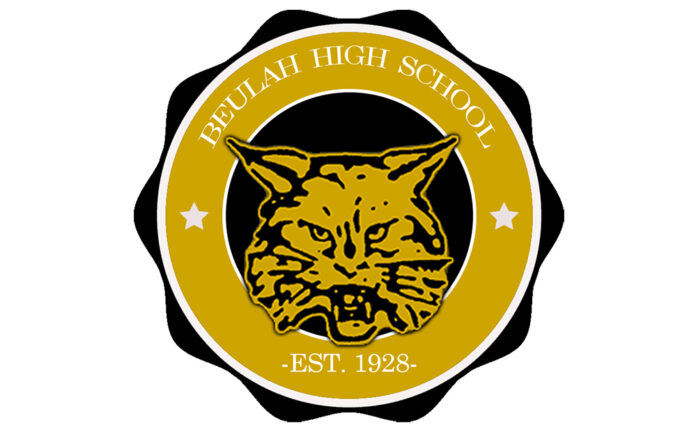 Throughout the season, the Beulah softball team has consistently played teams above its classification.

The Lady Bobcats have done more than hold their own and coach Stan Pepper is a believer that the tougher schedule prepared his girls for the postseason.

Well, the postseason has arrived and that philosophy will be put to the test this week. The 20-15 Lady Bobcats swept their area games and as such have a bye straight to the semifinals. They will face the winner of Reeltown and Dadeville, who met in the first round Tuesday afternoon. If Beulah wins that game, the team will play in the championship game Wednesday afternoon. A loss at any point would drop the Lady Bobcats into the losers bracket where they would face the other remaining team.

Due to their No. 1 seed, the Lady Bobcats just need to win two games in the double elimination tournament to win the tournament and advance to regionals.

The Lady Bobcats ended their regular season last weekend in the Tallassee Tournament and dropped their final three games of the regular season.

While closing the season on a three-game losing streak is far from ideal, Pepper is not overly concerned because the Bobcats were once again playing schools several classifications above theirs who also won their regular season area titles – they had also not played in over a week.

“We hadn’t played in over a week and the girls are tired, we got some injuries, just some bumps and bruises,” he said. “We were facing some high-quality teams and the results were not where we wanted them, but I was pleased with us defensively – we did not hit the ball well. So, we got to figure something out to get the bats going a little bit.”

The Lady Bobcats managed just four hits against Wetumpka and were playing from behind most of the game. Wetumpka took a 1-0 in the bottom of the first and added on another run in the fourth. Beulah tied the game in the top of the fifth but surrendered two runs in the sixth inning and could not answer in the seventh inning.

It was a similar story on Saturday as Tallassee scored two runs in the first inning and another in the second to race to an early 3-0 lead before pulling away in the fourth inning. The Bobcats were able to tie the game in the top of the fourth, but Tallassee scored four runs in the bottom of the inning to take a commanding 7-3 lead.

Against Elmore County, the Panthers scored the only run of the game in the bottom of the first and the Lady Bobcats were only able to manage three hits. Brandy Phillips held the Panthers to just one run on two hits and struck out seven batters in six innings in her final start of the regular season.

One of the strengths of Beulah is that Pepper has two pitchers he is confident in throwing against any team they face in Phillips and Katie Morris.

“I have total confidence in Katie and Brandy,” Pepper said. “They both have their strengths and are very good in their circle and so I don’t have a problem pitching either one of the teams we are going to play or any team we will play in the future.”

The Lady Bobcats don’t know who they will be playing Tuesday, but Pepper believes if his team does what it is capable of it does not matter.

“This time of year it’s just a matter of going out and executing your plan and do the best that you can,” he said. “If you do that, good things will happen.”