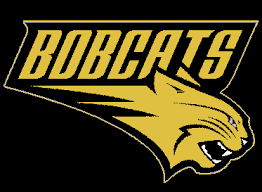 Beulah High School lost its preseason jamboree Friday night, falling 26-21 to the Bullock County Hornets.
The Bobcats jumped out to an early 13-0 lead, but five turnovers proved costly as they were outscored 26-8 in the game’s final three quarters.
“We had three fumbles and two interceptions, which was disappointing. But we got three back from them … but winning the turnover battle is something we’ve got to improve on moving forward,” said BHS head football coach Cody Flournoy.
Offensively, the Bobcats utilized their fast-paced rushing attack to attack the Hornets defense, running the ball 43 times for 191 yards and two touchdowns. Junior tailback/middle linebacker Caden Dowdell rushed 11 times for 44 yards and a TD, and senior Latezman Turner added three carries for 17 yards and a score.
Defensively, the Hornets were led by Dowdell’s seven tackles and two fumble recoveries. Quin Page and David Fell each notched five tackles, and Owen Kelly contributed with four.
Kicker/punter Robbie Speed was 1-of-2 on extra points and punted the ball three times for an average of 41 yards per kick.
Flournoy said he is excited about his team’s chances this season as the Bobcats prepare for their season opener this Friday against 1A Spring Garden.
“We’ve watched them on film … they fire off the ball well, they’re very athletic, very talented and very well coached. They’re going to present some challenges for us, but I feel good about our team’s chances,” Flournoy said.
BHS plays their home games at Bobcat Stadium, located directly behind the school. Its address is 5136 Lee Road 270 in Valley. For more information, call (334) 705-6020. Kickoff against Spring Garden is set for 7 p.m.