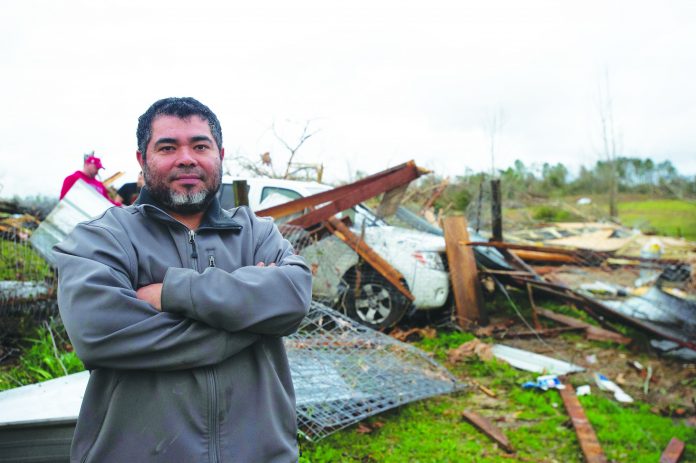 By Michelle Key
and Robert Noles

As the tornado approached Lorenzo’s property, he was outside feeding his chickens. He felt the wind pick up and looked over and saw the tornado. He ran to his pickup truck and jumped in but the wind grabbed the door and prevented him from closing it.
Lorenzo laid down in the truck and rode out the storm. His truck battered by the winds and debris was slammed against other debris and came to a stop.
When he exited the truck and looked around, he realized that the storm had demolished both his mother’s home that she had lived in up until her death a few months ago, and his daughter’s house.
“I am blessed,” Lorenzo said as he glanced back at the damage left behind. “I’ve never felt anything like that wind before,” he said.