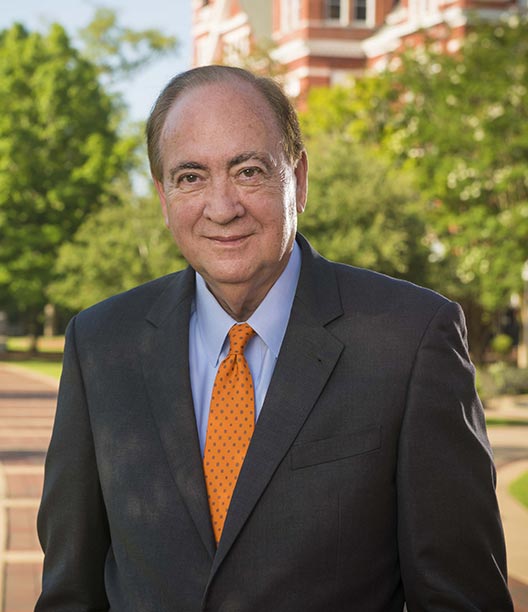 Auburn University President Jay Gogue asked the Board of Trustees to begin a search for a new university president on Friday.

“I think it’s important for you guys to begin to think about a search for a new president,” Gogue said. “I’ve been back a couple of years and I just think it’s probably time.”

Gogue, an Auburn alumnus himself, has served as Auburn’s president for a total of over 11 years, plus a period of about six months as interim president. He served as both the 18th president at Auburn and the 20th.

He was officially reinstated as president on Feb. 7, 2020.

“President Gogue you have served incredibly well twice and we will miss you greatly,” said newly appointed President Pro Temp Bob Dumas. “I have great confidence, however, that we will find an excellent leader to follow after.”

Outgoing President Pro Temp Wayne Smith will serve as the chairperson of the executive committee and head of the presidential search committee.

Gogue said that he hopes to see the committee find a replacement by January.

“Well, I’m getting older,” he said. “I was telling some people the other day, I said, ‘You know, when you’re 15 years old, it takes forever to get 16 to drive a car. But when you get my age, man, I had a birthday last year, so you keep having these things.”

The president said he does not plan to remain in academia, but retire fully.

“Stay here in Auburn, but retire.”