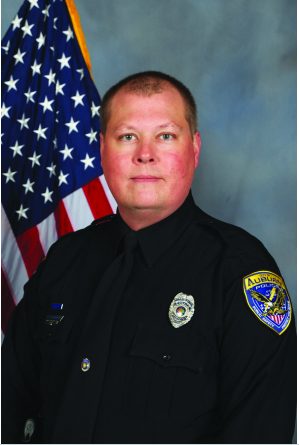 At approximately 10:40 PM Sunday night, Auburn Police responded to a domestic disturbance call in a mobile home park in the 3000 block of Wire Road. When officers arrived a suspect opened fire on the officers, striking three of them. Two of the officers suffered critical injuries and one suffered non-life threatening injuries. One officer was air lifted to a Columbus, GA hospital. The other two were transported via ground ambulance to East Alabama Medical Center in Opelika where one of those officers died from his injuries. The names of the officers are not being released at this time pending notification of all family members and all of the police family. The officers body has been taken to the Alabama Dept. of Forensic Sciences Medical Examiner’s Office in Montgomery for a postmortem examination.

Wilkes was taken into custody a little after 7 a.m. Monday morning.

This story will be updated as more information is released.