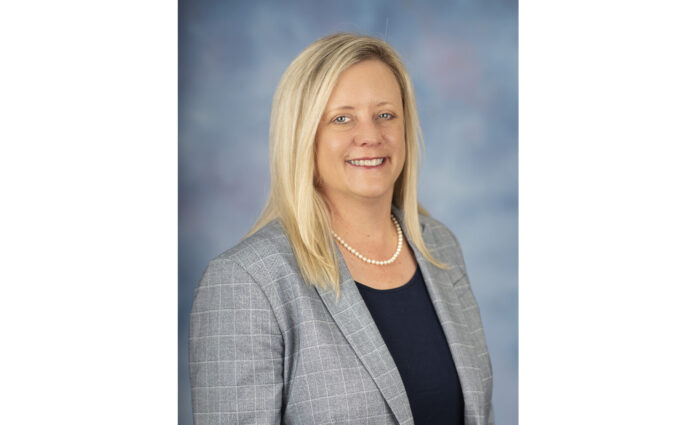 Auburn City Council awarded Megan McGowen Crouch the position of city manager when Jim Buston retires at the end of the year.

Current City Manager Jim Buston announced on Oct. 1 that he will retire from the position after 25 years with the city of Auburn.

The council officially voted on Crouch’s appointment during its Tuesday night meeting but discussed the vote during a council work session on Oct. 16.

Auburn Mayor Ron Anders said, during that meeting on the 16th, that he believes Crouch is right for the position.

Crouch has served Auburn in a number of positions. She started as an intern, moved into the planning staff, then economic development, then became deputy economic development director, then executive director of economic services and finally assistant city manager.

Although most all of the council members spoke highly of Crouch, some were concerned that the position had not been made open for applications for other internal or external candidates.

“I don’t want anyone to take this personal, but were there other candidates that actually applied for this position internally or are we just, as a council, and as the mayor, are you just appointing [Crouch], due to the qualifications,” said Ward 1 Council Member Connie Fitch-Taylor at the meeting on the 16th.

The application was not made public, Anders said. Buston said he did not have any other employees approach him with interest about the position.

Ward 2 Council Member Kelley Griswold said, during the meeting on the 16th, that employees approaching Buston is not the same thing as making the application public and available.

“We have not put this out as an opening anywhere except to the city council,” Buston said.

Ward 6 Council Member Bob Parsons said, during the meeting on the 16th, that he was concerned that there was no outside search or other candidates considered and that the process was defined in her favor.

Fitch-Taylor said that, she too, believes Crouch would do well in the position, but believed an outside search would have been democratic.

“She may be the most qualified candidate in our minds, because we’ve dealt with her on that level, I just feel like, even with everything being said, there should still have been an opportunity for other people to at least apply,” she said.

Others were in favor of appointing Crouch without an outside search because Crouch fits the position or because it would not be fair to other candidates.

Ward 3 Council Member Beth Whitten said she believes that an outside search would not be fair to other candidates, considering they would likely not receive the position.

“Is it fair to request candidates to go through a process knowing that they were not going to be selected,” she said. “I don’t consider that to be fair.”

Ultimately, the council voted to not make the application widely available and moved forward with Crouch as the candidate.

The council voted Tuesday and though there were those against the process, none voted to oppose Crouch’s appointment.

There were two items related to student housing that came before the council, both of which were initially considered one ordinance.

Firstly, the Planning Commission recommended the council reduce the bed density in the UN-W Zone from 255 to 170 beds.

Secondly, the Planning Commission recommended the city vote to ban ADDUs in the Neighborhood Redevelopment District (NRD) and in the Medium Density Residential District (MDRD).

“They’re two very separate issues,” Whitten said. “One is addressing density in a certain section of town in a very different development district. And then the other question is addressing academic detached dwelling units in two separate zones.”

This vote to split the ordinance was approved. The first of the two ordinances, to consider lowering the bed density, was tabled to the Nov. 3 council meeting.

“I want to remind everybody that this, the content that we’re deliberating on tonight is a direct result of a mayoral task force, the student-housing task force, that was given to a group of people from our citizenry, from our council, from our staff, to come up with recommendations to the planning department,” said Ward 6 Council Member Bob Parsons. “Which they did, they spent countless hours on doing so and I appreciate the work that they’ve done. And here we are, it seems to me, actively dismantling the very work that they’ve done. And that doesn’t bode well for other task forces that are in the pipeline.”

Griswold said he did not understand why the ordinance would be amended to allow MDRD ADDUs to remain conditional if the planning commission and task force recommended they be banned.

Dawson said that he proposed the amended version because he has heard from a lot of citizens who are against banning ADDUs in the MDRD zone.

Two community members spoke up at the meeting, one for ADDUs and one against them.

Nicholas Hayes said that community members are tired of discussing the issue and would like for it be settled.

“Since [ADDUs] become conditional … we have not had a single ADDU built in the NRD area or the MDRD area,” he said. “Yet, we are now being hit with a proposal to bad the ADDUs in these two particular areas. And it’s just a further taking from the private sector.”

Elizabeth Hill spoke on the other viewpoint and said she is a resident of the area.

“This is an opportunity of creating a neighborhood that can look different,” she said. “For me, I think what the ADDUs, I’m not against them in particular or against student housing, I think what I wish to preserve in my neighborhood is diversity.”

Ultimately the council voted on the amended ordinance, which allowed ADDUS to remain conditional in the MDRD zone and to ban them in the NRD zone.