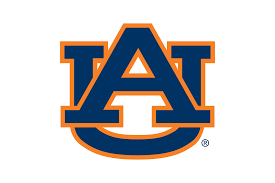 The Auburn Board of Trustees unanimously approved a request from Auburn Athletics on Friday to commission statues of former Auburn greats Cliff Hare, Ralph “Shug” Jordan and Pat Dye. The location and project schedule are not yet determined.
“We are appreciative of the Board of Trustees’ approval to recognize and honor the greatness of Cliff Hare, Shug Jordan and Pat Dye,” said Auburn Athletics Director Allen Greene. “Each made immeasurable and endless contributions that have made Auburn such a special place and we look forward to honoring them.”
A member of Auburn’s first football team, Hare was involved in academics, athletics and policymaking at API (Alabama Polytechnic Institute) for a half century. He was involved in teaching, mentoring and enabling well-governed sports events at the university, as well as working to improve his community. Among his many accomplishments, he served as the first president of the Southern Athletic Conference in 1932, served as chairman of API’s Faculty Athletic Committee for numerous years and was named dean of the School of Chemistry and Pharmacy in 1932.
Ralph “Shug” Jordan served as the head football coach at Auburn University from 1951 to 1975. Jordan also was the head men’s basketball coach at Auburn from 1933-42 and 1945-46. While coaching basketball at Auburn, he also served as a football assistant coach.
The winningest coach in Auburn football history, Jordan led the 1957 squad to Auburn’s first-ever national championship. He is Auburn’s all-time win leader (176) and his 25 years are the most by an Auburn football head coach.
“Auburn football was a wasteland, a desert, when Coach Jordan came back as head coach in 1951. An Auburn Man, he gave Auburn people the greatest thing that could ever be given: hope. And he delivered,” said David Housel, long-time Auburn Athletic administrator and historian. “Whatever Auburn football is today, whatever it may become in years to come will be due in no small measure to Coach Jordan and his many contributions to his alma mater.”
Jordan led Auburn to 19 winning seasons, 12 bowl games and 13 appearances in the final Associated Press poll, including seven top-10 finishes.
During his tenure as the Tigers’ head coach, he had 25 All-Americans and eight Academic All-Americans. In 1958, lineman Zeke Smith won the Outland Award, and in 1971, quarterback Pat Sullivan became the school’s first Heisman Trophy winner. Twice named the AP SEC Coach of the Year (1957, 1972), Jordan is the seventh winningest coach in SEC history.
A Selma native, Jordan served in World War II, fighting in four major invasions as a US Army officer. Wounded in the invasion of Normandy, he was awarded a Purple Heart and the Bronze Star for his service. A 1932 graduate of Auburn (A.P.I.), he was inducted into the College Football Hall of Fame as a coach in 1982.
Dye served as the head football coach at Auburn from 1981-92 and was Auburn’s Athletics Director from 1981-91. Under Dye’s leadership, the Tigers won four Southeastern Conference championships (1983, 1987, 1988, 1989), and Dye became only the fourth coach in SEC history to win three straight (1987, 1988, 1989). He received SEC Coach of the Year honors in 1983, 1987 and 1988. Dye coached 1985 Heisman Trophy winner Bo Jackson and Tracy Rocker, winner of both the Outland Trophy and the Lombardi Award in 1988.
“Coach Dye returned Auburn to national relevance in the 1980s and helped make it the tradition-rich program that it is today,” said Bo Jackson, 1985 Heisman Trophy winner. “He helped bring the Iron Bowl to Auburn and most importantly helped shape the lives of hundreds of men that played for him. I wouldn’t be the person I am today without Coach Dye.”
One of Dye’s most important achievements as Auburn’s Athletics Director was the permanent move of Auburn’s home games against Alabama to Jordan-Hare Stadium. The first time Auburn hosted Alabama in Jordan-Hare Stadium was on Dec. 2, 1989, the first time in 41 years that the Iron Bowl had not been played at Birmingham’s Legion Field.
In 2005, Dye was inducted into the National Football Foundation College Football Hall of Fame.
The football stadium was named Cliff Hare Stadium in his honor in 1949, before becoming Jordan-Hare Stadium in 1973. The playing field at Jordan-Hare Stadium was named “Pat Dye Field” in 2005.