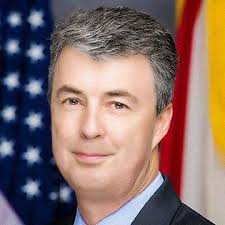 Attorney Gen. Steve Marshall welcomed the Trump administration’s release last week of a new “Waters of the United States” (WOTUS) environmental rule that defines the scope of the Clean Water Act.
“I applaud the Environmental Protection Agency for the release of a commonsense approach to the protection of America’s waterways,” Marshall said. “The new EPA Waters of the United States definition clearly delineates whether a waterway is covered by the federal government, thus simplifying the process for landowners in seeking permits for use of their property. This new definition will be especially welcome to our farmers, timberland owners and others who use land for commercial purposes and who were unfairly targeted under the old Obama administration Waters of the United States rule.”
Last week’s release of the new rule follows the EPA’s announcement in June of its intent to withdraw the unpopular rule which began under President Barack Obama.
The Obama administration’s WOTUS Rule asserted sweeping federal authority over usually dry channels, roadside ditches, and isolated streams, as well as over land covered by water only once every 100 years. Furthermore, its broad assertion of authority unlawfully impinged on the States’ traditional role as the primary regulators of land and water resources.
In 2015, Alabama was among 11 states that filed suit against the EPA over the Obama administration’s WOTUS. The Sixth Circuit granted a nationwide stay of the WOTUS Rule. The States subsequently won a nationwide stay blocking enforcement of the rule and allowing the new administration time to work on withdrawing the rule.