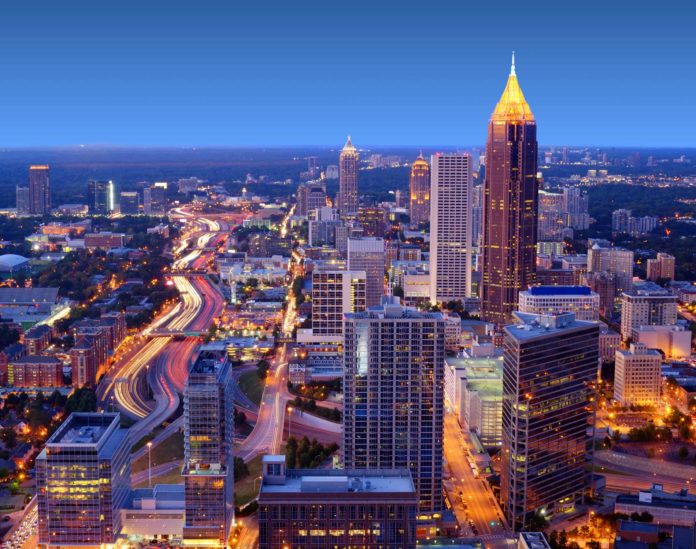 “My Uncle Ichabod said, ‘Speakin of the city, it ain’t no place for women, gal, but pretty men go thar.”
W.C. Fields, “The Fatal Glass of Beer”

I don’t get out much anymore, and when I do I try to avoid places that have more people than dogs, which I think is a pretty good rule of thumb, though many disagree.
And many of the many who disagree, live in Atlanta.
Atlanta has always had an effect (or is it affect) on small town folks who go there.
For example, remember those personal columns that once appeared in weekly newspapers? The ones that told you who was visiting the Smiths, who had a party you weren’t invited to,  took a trip, where they went and what they did. The ones that often told you more than you really wanted to know?
Like this one, clipped from the Greensboro Herald and sent to me by my buddy Ed:
“On Wednesday, July 13th, Mr. and Mrs. Mickey Channel and Mr. and Mrs. Sam Roper motored to Atlanta for an overnight stay at the Downtown Hilton. The occasion was the celebration of the Channel’s 20th wedding anniversary.”
Nothing particularly odd about that.  But it continued:
“On Thursday morning Mr. and Mrs. Channell and Mrs. Roper went shopping at Lenox Square while Mr. Roper had a vasectomy. Both events were celebrated with lunch at Houlihan’s Restaurant. The couples then motored back to Greensboro. A wonderful time was had by all.”
See what I mean.
And yet, I am glad there is an Atlanta.
I have picked on Atlanta a lot in the past. Pointed out that “The City Too Busy to Hate” is a pretty lame slogan. (It suggests that brotherhood is a matter of convenience: “Too busy to hate today, but if you come back tomorrow, I’ll show you some serious hating.”) Complained about the way Atlanta looks down its nose at us. (A Sunday headline of the “Arts & Books” section of the Journal-Constitution read: “Alabama Shakespeare Festival produces a tide of first-rate theater where you might not expect it.” Now just where-the-hell would those high and mighty Atlantans expect it? Alpha-damn-retta? Gimme a break.)
And I’ve frequently quoted my buddy John’s assessment of Atlanta as “what 300,000 Southern boys died to keep from happening” — which makes the city living proof that the Confederacy lost the Civil War.
Truth is, Civil War history is hard to come by over there. Sherman took care of that. Not that it made any difference. As the general himself said when he returned some 15 years later, “The same reason which caused me to destroy Atlanta will make it a great city in the future.”
So it follows that today, when tourists come to town hoping to use their well- thumbed copies of Gone With The Wind as a guidebook they can’t find squat. What didn’t fall to Sherman has fallen to developer after developer after developer.
What has survived is a different kind of South,
And for a lot of people, that is a good thing.
Speaking for that group, the late Dr. Benjamin E. Mays, who served as president of Morehouse College and was a member of the Atlanta School Board, may have put it best: “I have never been able to sing ‘Dixie.’ I cannot sing ‘Dixie’ because to me Dixie means all the segregation, discrimination, exploitation, brutality, and lynchings endured for centuries by black people . . . [but] if Dixie were Atlanta or Atlanta were Dixie, I could sing ‘Dixie’.”
Which is why I am proud of Atlanta.
Though Atlanta has just about every problem any modern city is heir to, it has been able to hold on to a little bit of what Southerners value about Dixie, while minimizing the impact of the things about the South we’d rather weren’t there. Atlanta has put a lot behind it.
Atlanta reminds me of a prayer supposedly prayed by a southern minister, maybe one from over there:
Dear God:
We ain’t what we ought to be.
We ain’t what we gonna be.
We ain’t what we wanta be.
But, thank God.
We ain’t what we was.
Atlanta also reminds me of the entry in the “Slogan for Atlanta” contest held back before they hosted the Olympics.
Someone sent in “Atlanta: Pretty Good For Georgia.”
Yes it is.