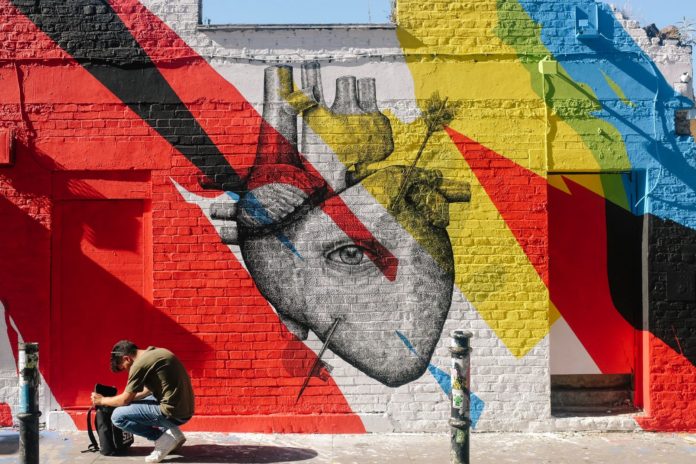 By Bob Sanders
My high-brow friends sneer at my taste in art. Oh, I like many of the accepted artists. I dig Wyeth, of course. Who wouldn’t? And I like Russell and Remington and Grandma Moses. Breughel the Elder turns me on, as they say, as do many of those exquisite Japanese things. “Max Schmitt in a Single Scull” by Thomas Eakins is plumb satisfying. I’ve admired some of Dali’s stuff. Currier and Ives? Certainly. My attitude is one of adoration toward them, and to a whole flock of wildlife artists.
But one of my great loves is — ssshhh, don’t tell a soul — Paul Detlefsen. Never heard of Paul Detlefsen? You’ve seen his work, I’ll bet, hundreds and hundreds of times. I dare you, double dog dare you, to go into any middle or lower-brow furniture store without seeing a Detlefsen reproduction hanging among the pictures on a wall. All you have to say if somebody looks askance at that name is: “Aw, you know, the guy who paints the red barns and the green, green trees,” and they’ll know who you’re talking about immediately, although they couldn’t have named him for a million dollars.
Every time I look at one of his scenes, like, oh, the one with the old guy cutting wood out in the yard by the woodshed while the kids play in the shallow creek where it crosses the road nearby while a drake is trying to scare a beagle away from a duck and a new bunch of ducklings, with a very red barn and some lush green trees in the background, I immediately think of nother place.
There was this farm right this side of Bogue Creek. I never did know who lived there. Daddy did, he knew everybody around there. But anyway, we’d pass this place, going to Sulligent. There was a big field next to the pike. Then, down at the far side of the field, where it sloped off toward the little creek bottom, was the farm house and the barn and the various other farm buildings — all closely guarded by huge, dense, radiantly green (almost black in the shady places) trees. Detlefsen must have seen that place.
I don’t know anything at all about Mr. D. I don’t know if he’s alive or dead. I’ve never seen a single printed word about him, except in a Sunday supplement ad about how you could get one of his prints for $3.95, or whatever. I even wrote one of those question-and -answer columns the supplements carry, asking for some information about the man. They didn’t bother to print it.
I get the impression that he is not highly regarded in the artistic community. He is probably considered merely a calendar artist or an illustrator. Come to think of it , I’ve never even noticed one of those huge coffee table books of his work, and, my goodness, everybody has one of those on the market.
No matter, I like him. I can look at his mill pond scene, for example, you know the one, where the barefoot boy is skating flat rocks across the water while the prim little pig-tailed girl looks on in awe, and the waterwheel on the red, red mill turns — and smell the fresh warm corn meal at old Morton’s Mill on Yellow Creek, just a mile or so down stream from our house. True, Morton’s Mill wasn’t as pretty as Detlefsen’s mill, but it should have been. Morton’s Mill’s been gone now for probably 30 years, you can’t even tell now, without careful inspection, that a mill was ever there. And as the years go by, it gets prettier and prettier,
Another one of his paintings, set apparently just a tad upstream from the previously mentioned one, shows a wagon pulled by two fine horses fording the creek, with the moist sand at the water’s edge stretching out into a long sandbed in the road on both sides of the creek — just as it used to do down below Earley’s, on Little Yellow Creek.
His usual time-setting is about the turn of the century. He shows blacksmiths shoeing horses, younguns’ frolicking as they leave the schoolhouse (red, of course) on the last day of school, kids following the street-sprinkling wagon down the shady, sidewalked streets of ideal small towns, etc. But the general themes are applicable at least up to the forties, in the part of the country where I was growing up, anyways. His scenes are totally realistic, utterly true — if not, maybe, sometimes, to how they really were, to what we want them to have been. I’m refreshed every time I look at one of them.