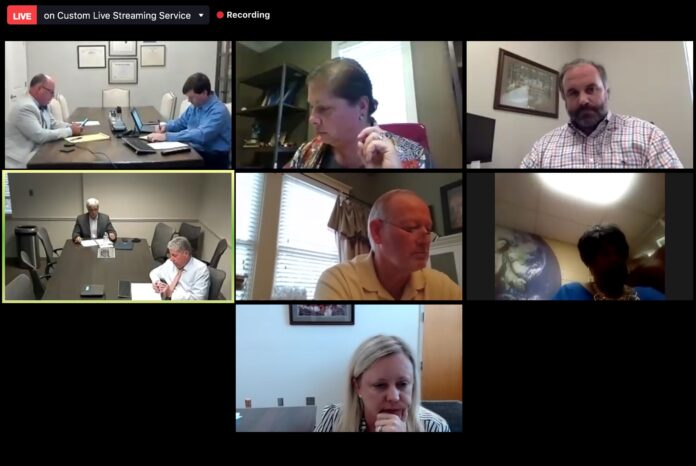 The Auburn City Council approved a resolution Thursday which will give the Auburn Police Division authority to stop alcohol sales at bars.

Rather than follow in Tuscaloosa’s footsteps, City Manager Jim Buston said that Auburn did not want to punish bars and restaurants who have been following social distancing and the mask ordinance.

Before students returned, Buston said that the city took the time to educate businesses on what was expected of them given restrictions.

Since students returned to campus, however, the bars specifically have been flooding with patrons into the street.

“[Last week] we pivoted to a more punitive enforcement,” Buston said. “We saw that there were a number of students being impacted with the COVID infection. We attempted to focus on the bars and restaurants that were out of compliance. We’ve given multiple citations to them, those that were not in compliance and we still seem to have some issues, and not the majority, but a few still kind of thumbing their nose at the governor’s orders.”

The council members have been concerned with the lack of social distancing and patrons not wearing masks.

The resolution the council passed Thursday gives the Auburn Police Division the authority to temporarily stop alcohol sales at a bar if social distancing is not being enforced.

Specifically, the resolution states that alcohol cannot be served to walk-up patrons. Patrons must be seated to consume alcohol.

Outdoor walk up bars are excluded from this order. Additionally, bars that have an outdoor element, in addition to an indoor element, will be able to continue as normal in the outdoor portion of the bar.

“Any ABC licensed alcohol establishment in the City of Auburn that shall be cited for a violation of this Resolution, or any applicable State Health Order, shall be prohibited from further serving alcohol until such time as the establishment shall remedy the violation,” the resolution stated.

So, for instance, if a bar is found to be serving patrons who are milling about then the police could stop alcohol sales until they come into compliance.

The resolution will go into effect Friday afternoon at 5 p.m. and will expire on Sept. 16.

Other measures were proposed but not passed. Beth Whitten suggested imposing an age-limit on patrons at bars, for instance, a patron must be 21 or 25 to enter. The city’s legal counsel said they would look into the legality of the suggestion.

“We have gone to the bars the past two weeks, initially warning and letting them know what was coming,” Anderson said. “As far as us coming in and using this order to ensure that social distancing is taking place, it has not been anything difficult for us to do.”

The chief said that there is a number of officers that are sent out Wednesdays through Saturdays to monitor activity.