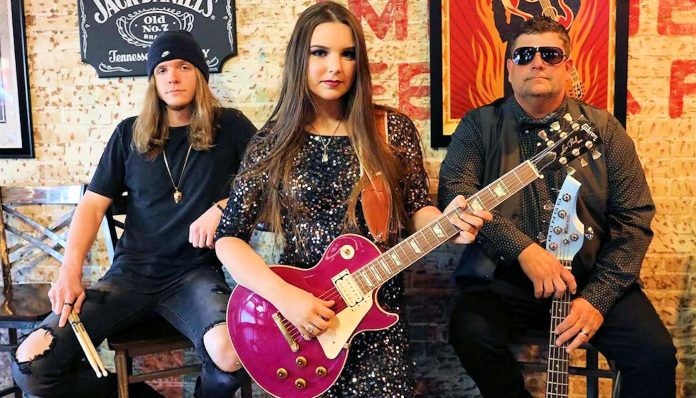 Come on over to the Sound Wall on Feb. 26 to groove to some modern blues by the Texas-based Ally Venable Band.
Venable’s breakout third studio album “Texas Honey” debuted at No. 2 on the Billboard Blues Charts. The band has ignited excitement in the modern blues scene.
As the band’s lead guitarist and vocalist, Venable started singing at an early age in church and at 12, picked up a guitar and found her passion. She has received many awards including the East Texas Music Award in 2014 and 2015 for “Female Guitarist of the Year,” and the band has been recognized multiple times as “Blues Band of the Year” by different music news outlets.
Each of Venable’s band mates are versatile on multiple instruments. As bassist, Bobby Wallace is a master of his craft and years of experience enhance the band. Drummer Elijah Owings brings a steady but dynamic sound to the band. Keyboardist Fernando De Los Santos from Seville, Spain, brings a classic and energetic style when performing with Venable. They are the backbone of the band’s sound and continue to represent the future of the blues.
Tickets cost $15 each and can be purchased via eventbrite.com. For more information, visit thesoundwall.com. The venue is located at 605 Ave. B.