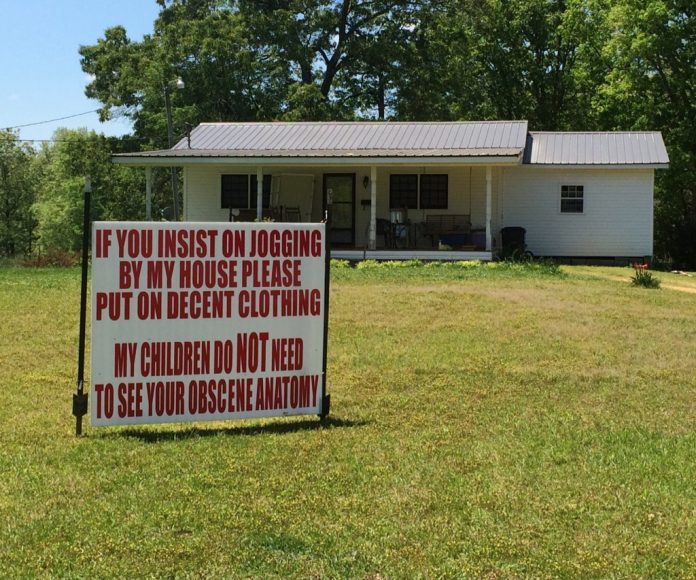 He had a stutter. Whenever he opened his mouth, it took effort to get words out. Just one sentence would exhaust him.
As a boy, his sisters spoke for him. They’d been doing it since he was old enough to make noise. They were his guardians. They used fists when necessary.
On more than one occasion, they’d beat the stuffing out of local boys who called him names.
His oldest sister bought a mail-order book about curing speech impediments. For hours, she’d help him recite sentences, enunciating consonants, repeating exercises.
He tried. In fact, he concentrated so hard it made his brain ache. It didn’t work.
When he was nineteen, he attended a speech therapy class in Birmingham. It cost a small fortune. He’d saved his pennies and dimes for three years to pay tuition.
The school term lasted a few weeks, but did him no good. He returned home with a stutter even worse than before.
One of his sisters recalls: “It used to hurt us to watch him talk. He’d try so hard, but his mouth wouldn’t work with him.”
Until.
A July night, he was washing dishes in the service station in town—the kind that served hamburgers and Cokes.
He was standing over a sink when he met her.
She introduced herself as the new waitress.
He couldn’t even get his name past his lips.
So, he shook her hand instead. She rolled her sleeves and washed dishes alongside him. She talked extra so he wouldn’t have to. Her accent was country, her eyes were blue.
He was smitten.
She was pretty, funny, talkative. She could jaw for eight minutes on end without even coming up for air.
Over the next days, he tried to talk to her, but his words kept coming out like bricks. But she didn’t seem put off by it. She didn’t even try to finish his sentences, like most folks did.
She only smiled and listened.
One night after work, they went for a long walk. She took his arm—a girl had never done that to him before. She looked him in the eyes.
They strolled from one end of town to the other. When they reached the city limit, they turned around and walked back. They did this four or five times. They must’ve walked nearly five thousand miles.
He got home at five in the morning. His feet hurt. His heart felt light.
His sisters were curious. “Where WERE you?” they asked.
“I-I-I met a g-g-g…” he said.
A girl.
He and the girl took more walks. She was just as good at listening to his choppy words as she was at talking.
And over the following years, they say his speech started coming easier. Sometimes, it didn’t even sound like he had a stutter.
They made a happy couple. Before she passed from breast cancer, she gave him five children, and her heart. He gave her forty-six years of his life.
He passed last year. You might not have known him, but you knew men like him.
His sisters were at the service. They cried hard. One of his sons gave the eulogy. He said:
“My aunts say Dad stuttered as a boy. That’s so weird to me, ‘cause all my life my dad was the most well-spoken man I’d ever known.
“It’s funny, I never heard him stutter, not even once.”
Several others had never heard him stutter during his adult years, either. It was a miracle of the truest kind. His sisters say they don’t know exactly how it happened.
I think I do.
And I think he’s with her right now.
Sean Dietrich is a columnist, and novelist, known for his commentary on life in the American South. His work has appeared in Southern Living, the Tallahassee Democrat, Southern Magazine, Yellowhammer News, the Bitter Southerner, the Mobile Press Register and he has authored seven books.