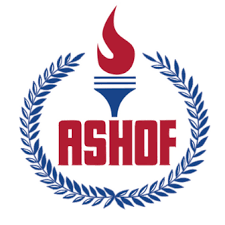 The Board of Directors of the State of Alabama Sports Hall of Fame is proud to announce the creation of a new award to honor two legends from the State of Alabama. Named in honor of Bart Starr and Pat Sullivan, the Starr-Sullivan Achievement Award will recognize a former collegiate quarterback that exhibits exemplary character, integrity, and leadership, while making a significant contribution in the community.
“We are fortunate to have two great men from our state, who excelled at the quarterback position, and left a lasting example for everyone on how to lead a life of character amid great success,” said Edgar Welden, Chairman of the Board. “It is an honor for us to have the opportunity to present an award in their name.”
The emphasis of the award is to honor former quarterbacks who, like Starr and Sullivan, have made a significant impact in their community and have brought honor to the State of Alabama.
“I am humbled to be recognized by my home state and to share this honor with football legend, Pat Sullivan,” said Bart Starr. “The Alabama Sports Hall of Fame is a first-class organization and my wife, Cherry, and I are profoundly grateful for their efforts to celebrate excellence.”
“It is a privilege to have an award in my name presented from our Hall of Fame; and to share that honor with Bart Starr, a man I truly admire, is a tremendous blessing”, said Coach Sullivan.
“I would like to thank the Alabama Sports Hall of Fame and the people of Alabama for always being so supportive of me and my career.”
Future recipients of the award must have played at an Alabama institution, or been born in the State of Alabama, or made a significant contribution to the State.
“This award will give us the opportunity to recognize individuals who have not only made an impact on the football field, but in their community and the lives of others as well,” said Executive Director Scott Myers.
The recipient of the award will be selected by the Board of Directors of the ASHOF in concurrence with the Starr and Sullivan families.
Bryan Bartlett “Bart” Starr was born in Montgomery, Alabama on January 9, 1934. He played quarterback, safety and punter at the University of Alabama. Starr was drafted in the 17th Round by the Green Bay Packers in the 1956 NFL Draft. Named the starting quarterback in the 1959 season under Head Coach Vince Lombardi, Starr went on to win five NFL Championships, including Super Bowls I and II, while being named MVP of both Super Bowls. Starr won the NFL MVP Award in 1966. Following his playing career, Starr served as the head coach of the Green Bay Packers for nine seasons. In 1965, Starr, along with his wife Cherry, co-founded Rawhide Boys Ranch, a faith-based organization dedicated to helping at-risk youth, with the Gillespie family. Starr continues to provide leadership and financial support to the Rawhide organization.
Patrick Joseph “Pat” Sullivan was born in Birmingham, Alabama on January 18, 1950. He attended Auburn University where he started at quarterback under Head Coach Ralph “Shug” Jordan. Through the 1969-1971 seasons Sullivan lead Auburn to a 26-7 record and amassed 6,284 career passing yards and 57 career total touchdowns.
Sullivan was awarded the 1971 Heisman Trophy. After six seasons in the NFL, Sullivan went on to coach at Auburn and UAB and served as head coach at TCU and Samford University. Since being diagnosed with throat cancer in 2003, Sullivan has handled his experience with exceptional courage. The Sullivan family has partnered with the UAB Comprehensive Cancer Center to raise awareness of head and neck cancers as well as provide survivor care programs.