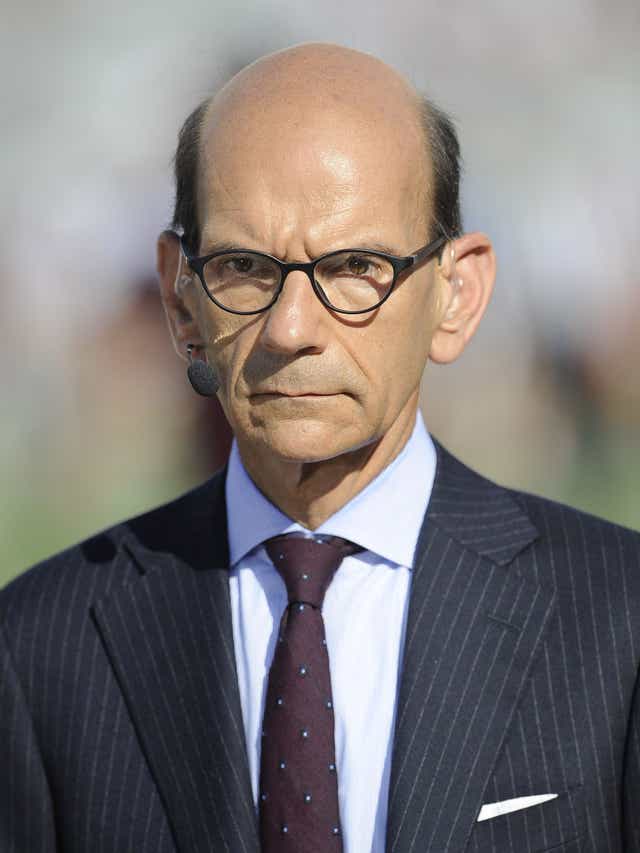 The Board of Directors of the State of Alabama Sports Hall of Fame is proud to announce that Paul Finebaum will be recognized as the 2020 Mel Allen Media Award recipient at the 52nd Annual Induction Banquet and Ceremony on May 2, 2020.
The Mel Allen Media Award was created to honor media members in the State of Alabama who have made a lifetime contribution to sports through their work as a media member. The award is named after the 1974 ASHOF Inductee Mel Allen, of Birmingham, who was known as the “Voice of the New York Yankees” for two decades.
Paul Finebaum is a longtime sports talk radio host known by many as a leading sports authority in the South. He joined ESPN in August 2013 as host of the The Paul Finebaum Show. In addition to hosting The Paul Finebaum Show, he serves as a weekly analyst on SEC Nation, the traveling pregame show for the SEC Network. He also appears on a variety of other ESPN shows and outlets, including SportsCenter, College Football Live, College GameDay and in ESPN The Magazine. Prior to joining ESPN, Finebaum served as host of the Paul Finebaum Radio Network (2001-2012). Finebaum arrived in Birmingham in 1980 and became an award-winning columnist and investigative reporter for the Birmingham Post-Herald and later the Mobile Press-Register. From 2011 to 2012, Finebaum wrote a college football column for Sports Illustrated. In January 2012, Bleacher Report named Finebaum one of the “25 Most Influential People” in college football. Finebaum is a 1978 graduate of the University of Tennessee and resides in Charlotte with his wife.
Finebaum joins a distinguished list of others who have been honored by the Alabama Sports Hall of Fame as Mel Allen Media Award recipients. They are: John Pruett (2014), George Smith (2014), Tom Roberts (2015), Ron Ingram (2017) and Cecil Hurt (2019).
The 52nd Induction Banquet and Ceremony will be held in the Birmingham Ballroom, at the Sheraton Birmingham Hotel, on Saturday, May 2, 2020. For more information or to purchase tickets, contact the Alabama Sports Hall of Fame Museum at 205-323-6665.