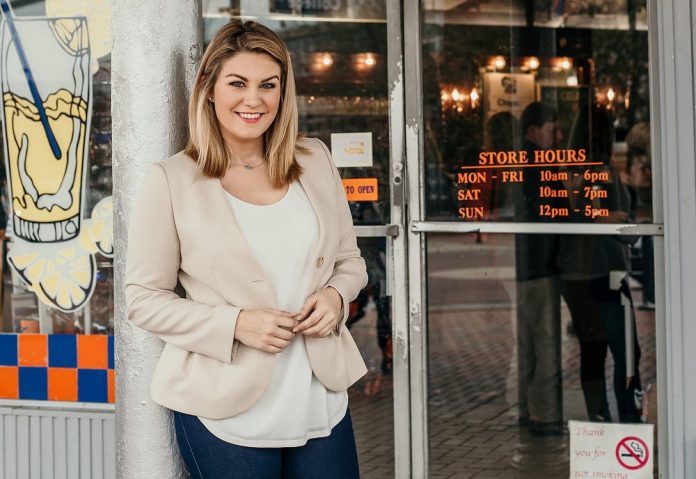 The Alabama Democratic Conference (ADC), the largest and oldest African-American political organization in Alabama, endorsed Mallory Hagan in the race to unseat Mike Rogers in Alabama’s 3rd Congressional district.
The ADC, founded in 1960, was created to encourage and empower African-American voters. Today, the ADC is headed by Chairman Dr. Joe Reed, one of the state’s top political influencers. The organization’s mission is to unify the vote of African-Americans and promote the Democratic party throughout the entire state.
“I am proud to be endorsed by the Alabama Democratic Conference,” said Hagan. “The ADC has fought on behalf of Alabama’s African-American residents for almost 60 years. Their dedication and hard work resulted in a historic outcome in last year’s special election for the U.S. Senate, which was a win for all Alabamians. It is time for candidates and elected representatives throughout this state to stand up, speak out, and not back down from any opportunity to promote economic advancement for African-American communities and families. I am proud to be chosen for this endorsement as a candidate for real change – a candidate who will fight everyday for equal opportunity, equal pay, equal justice, and equal representation. I proudly and humbly accept this endorsement, and I look forward to continuing to work with the leaders and members of the ADC.”
Hagan is running on a platform that includes expanding healthcare, increasing funding for the VA system, reforming criminal justice, restoring small business incentives for residents of rural communities, defending voting rights, and enhancing high wage technical training.
Along with today’s ADC endorsement, Hagan carries several others into the June 5 primary. They come from the AFL-CIO Central Alabama Labor Federation , End Citizens United (ECU), The RWDSU (Retail, Wholesale and Department Store Union), and Alabama New South Alliance (ANSA) on behalf of the New South Coalition (ANSC), along with one from 3rd Congressional district resident and renowned pioneer for fair pay and equality, Lilly Ledbetter.
Hagan continues to travel around Alabama’s 3rd Congressional district talking to grassroots supporters and building support ahead of Alabama’s primary election on June 5.
Learn more about Mallory: www.haganforhouse.com.
Follow Mallory on Twitter and Instagram: @haganforhouse.