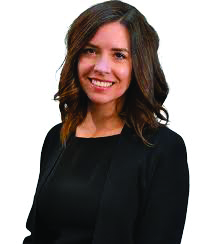 The Alabama Democratic Conference (ADC) has endorsed Heather Milam for Alabama’s Secretary of State. The ADC is the largest African-American political organization in the state.
On May 19, a panel of ADC members screened candidates who were seeking an endorsement from the organization.
The panel members questioned the candidates and made their recommendations based on the candidates’ answers.
No members of the ADC challenged the panel’s recommendation to support Milam.
“I’m very proud to receive this endorsement,” said Milam. “It shows that the ADC believes in not only my platform to empower Alabama voters, but also in my ability to effectively carry out all of the duties of the Secretary of State.”
Milam has also been endorsed by several other Alabama-based organizations—including the Central Alabama Labor Federation, The Committee to Save Jefferson County, Citizens for a Better Alabama and Blue Wave Crowdsource. Milam has one challenger in the Democratic primary June 5.
Milam’s platform focuses on simplifying voter access and making the Secretary of State’s office more efficient and transparent.
“As Secretary of State, I will fight to protect every single Alabamian’s right to vote, and I will work to ensure they are able to access that right easily,” Milam said. “Voting is the cornerstone of our democracy, and it shouldn’t be treated like a privilege when it is our most basic right in this country.”