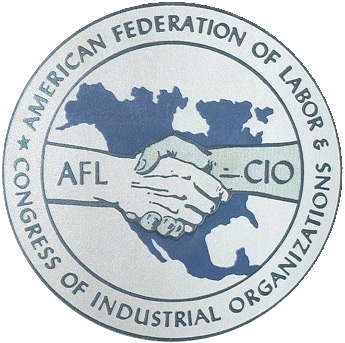 The Alabama AFL-CIO endorsed Mallory Hagan, Democratic candidate for Alabama’s 3rd Congressional District last week. Hagan’s strong advocacy work for working families and their children was key to securing this endorsement.
“Alabamians need Mallory Hagan fighting for them in Washington,” said Bren Riley, president of the Alabama AFL-CIO. “She knows how important good-paying jobs are to people in her district and will stand up for folks who work every day to get ahead. That’s the spirit that made America and made Mallory Miss America. We are proud to endorse her candidacy and are behind her all the way.”
“I am honored to earn the support of Alabama’s working families,” Hagan said. “The dedication of hardworking men and women to build better lives for their families and a better world for all of us inspires me every day. It is a privilege to be fighting alongside these Americans for things we all care about – our children’s future, affordable healthcare, and good-paying jobs in our district.”
The AFL-CIO joins a growing list of influential organizations supporting Mallory Hagan for Congress. They know she is the stronger voice Alabama needs in Washington.
Hagan is also endorsed by End Citizens United (ECU), The RWDSU (Retail, Wholesale and Department Store Union), the Alabama New South Alliance (ANSA) on behalf of the New South Coalition (ANSC), and the Alabama Democratic Conference (ADC). She is also endorsed by 3rd Congressional district resident and equality champion, Lilly Ledbetter.
More than 50,000 Alabamians are represented by this organization and its affiliates fighting for better wages, equality in the workplace, and safer working conditions.
Hagan will also participate in an open Town Hall in Opelika Aug. 16 at the Southside Center for the Arts, which is located at 1103 Glenn St.
Concerned citizens will be able to ask unfiltered questions and voice their concerns to participating candidates.