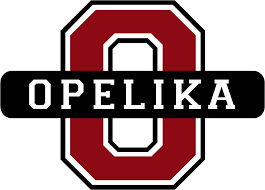 The Alabama High School Athletic Association’s governing body, the Central Board of Control and Legislative Council, met last Thursday. Both meetings were held “virtually,” and all board members and AHSAA staff used various means of technology to insure all could be a part of the meeting no matter their location.
The CBOC approved the following Competition Committee Recommendations among other business pertaining to the Student-Athletes.
All coaches are required to complete the NFHS Mental Health course as a part of the coach’s certification. The course is free and will help coaches recognize signs of depression.
The annual North/South Football Game for the Class of 2021 will be played two weeks after the Super 7 Football Championship, one week following the Alabama/ Mississippi All-Star game.
They approved three regular season wrestling tournaments, specifically for female participants. These tournaments do not affect girls from competing in the Sectional and State Championship meets. Basketball’s mercy rule was tweaked, as the clock will stop for all free throws during the fourth quarter. This will be in effect for the regular season, area tournament as well as the first, second and third round of state playoffs. No mercy rule will be implemented in the state semi-finals and finals.
As a way to make more money for teams, the CBOC approved basketball areas with three and five teams to play the first round game at the second and fourth seed’s gym. This will allow the teams to have better attendance which means more revenue for the Area teams. All other area tournament games will be played at the Host gym. All revenues will be divided between the participants.
The Board voted to make all bowling coaches take a rules test beginning 2020-21.
The Cross Country Sectional and State Meet will be moved up a week to Oct. 28 to 30 and Nov. 6, respectively.
Other items approved were:
-Background check requirements for 2020-21
-Budget for Elite 100 basketball showcase for this summer and
-The Central Board voted to table the increase of ticket prices for championship games. This will be discussed at a later date
The Legislative Council voted on the following amendments:
All transfer students below varsity will be eligible to play if all requirements are met.
Dependent children of a full-time classroom teacher or administrators who accept a position in another school zone will be allowed to to enroll and immediately be eligible at the new school if all requirements are met.
A change was made to the penalty for leaving the bench, to go on to the court or field or are ejected for unsportsmanlike conduct. The people starting the incident and those leaving the bench will be suspended for 20% of the teams total number of games.
The council approved amending Rule III section 15. This clarifies that a student can be coached by a school employee outside of the allowable dates. This pertains to students in the 7th through 12th grades.
A change was made with the 50% rule. The 50% rule is not in effect after is not in effect from the first Monday after the last championship event of the year until the first date of fall sports contests excluding Week 0 in football.
The council voted to change the wording on sanctioned tournaments.
“Sanctioning Requirements all tournaments must be officially sanctioned by the AHSAA and /or the NFHS. A tournament is defined as an organized event when three or more teams are participate, and an overall champion is determined through multiple contests.
AHSAA Executive Director Steve Savarese praised members of Central Board of Control and Legislative Council for working to improve athletics for student-athletes and for adapting during the COVID 19 pandemic.
Savarese thanked each for passing the mental health course.
“I want to thank the board for its commitment continuing to emphasize (the) health and safety of our student-athletes as a top priority. Because of our board’s leadership, our AHSAA coaches certification requirement program is one of the most comprehensive in the nation,” said Savarese.
Savarese was a guest on my sports talk radio show “On the Mark” last week following the meeting.
He summarized the meetings and explained spring sports will be reclassified in May. The reclassification is not expected to change much, except for private- member schools. The new competitive balance factor will be used to determine in any schools go up a classification.
I asked Coach Savarese about fall sports, based on the ongoing COVID 19 pandemic.
“We have several options availability from the committees we formed several months ago when COVID 19 shut down schools. Obviously we are waiting to hear from Governor Ivey, State School Superintendent Dr. Erik Mackey and Dr. Scott Harris with (the) Alabama Department of Health. We will follow the guidelines set and hope to play sports soon,”
Savarese said.
He also mentioned this week that Governor Ivey is expected to re-open Alabama in phases but offered no other insight.
DIXIE BOYS BASEBALL (13-14-15)
The Opelika Dixie Boys League, for ages 13-15, is waiting to hear from state officials on reopening Alabama.
My column last week explained Phase One from the Governor’s Committee. May 11 was the date mentioned for youth sports to begin. The outline referenced softball and baseball.
Those interested in playing Dixie Boys Baseball should pay attention to the Opelika Sportsplex website, my column and other means of social communication.
I am hopeful we can play summer baseball at West Ridge Park. Time will tell.
I would like to remind you to listen to the radio version of “On the Mark” airing weekdays from 6 to 9 a.m. on FOX Sports the Game 910 and 1310 AM, on the web at foxsportsthegame.com and on the iHeartRadio app.
Jeff Sasser and I host the guest-driven show that covers local, statewide and national sports.
You will hear a wide range of guest each day, including the Mayor’s Report. Mayor Kyle McCoy (Lanett) Mayor Leonard Riley (Valley), Mayor Gary Fuller (Opelika) and Mayor Ron Anders (Auburn) update the listeners after each City Council meeting.
Mitchell is sports director for iHeart Media and is the vice president of the A-O Sports Council.