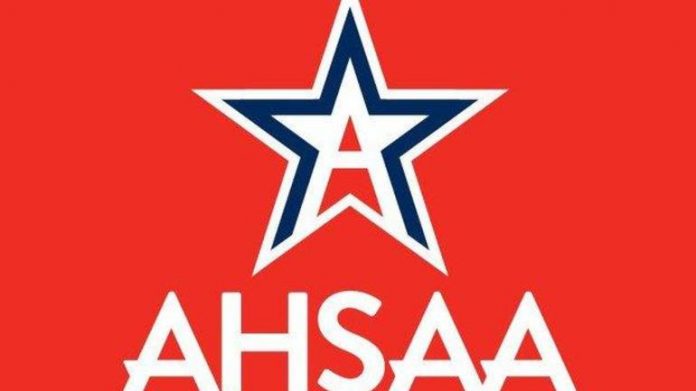 The future of the AHSAA’s Super 7 State High School Football Championships has been set for the years 2021-2032, pending final approvals in process from the AHSAA and community partners. The new structure continues the tradition of using the state’s premier football venues as the backdrop for student-athletes in all seven AHSAA classifications to compete for their football state title each year.

“It is with great pride that we announce the continuation of Super 7 for 2021-2032 and our partnership with the communities of Auburn-Opelika, Tuscaloosa, and now Birmingham,” said AHSAA’s Executive Director Steve Savarese. “The communities of Auburn-Opelika and Tuscaloosa helped the AHSAA take this event to a new level in 2009 and created the standard of excellence for hosting that is unmatched across high school athletics. The AHSAA is grateful for Auburn-Opelika and Tuscaloosa embracing a new idea to include Birmingham in the rotation which will now provide three high quality venues for our member schools to showcase their football programs at the end of each season.”

The 2021 event will begin the new three-community rotation as the newly constructed Protective Life Stadium in downtown Birmingham will host its first Super 7 Dec. 1 to 3, 2021 and following years in 2024, 2027 and 2030. The 2021 event will mark the return of the state high school football championships to Birmingham for the first time since 2008, when Birmingham last hosted the event in its Super 6 format at historic Legion Field, where the championships were played from 1996 to 2008. Legion Field also was host to the large-school championship game from 1971 to 1995.

“We are pleased to see the AHSAA Super 7 return to the city where it began more than 20 years ago,” said City of Birmingham Mayor Randall Woodfin. “The Super 7 showcases the best of high school athletics in Alabama, and Birmingham is excited to be a host city once again. As a progressive city focused on building a better future for our young people, we look forward to working closely with the AHSAA to celebrate championship-caliber high school sports for years to come.”

“I am pleased that our city council voted on Nov. 5 to continue partnering alongside the city of Auburn and Auburn University to utilize Jordan-Hare Stadium to host the AHSAA Super 7 in 2022 and future years. The city of Opelika takes great pride in celebrating high school athletics in all of our local schools and that extends to hosting other communities from around the state when it is their turn to try and win a championship trophy,” said Opelika Mayor Gary Fuller.

At Auburn, participating schools from across the state take part in rich Auburn game day traditions including the Tiger Walk and pre-game eagle flight in conjunction with each state championship game.

“Following the completion of our final approval processes, the City of Auburn is excited to continue the great tradition of hosting this major event for our state inside Jordan-Hare Stadium in 2022 and beyond. Together with our partners locally including Auburn University and the city of Opelika, we will work tirelessly each year to welcome these amazing student-athletes, coaches, schools and their fans in to our community to celebrate their amazing seasons and crown new state champions,” said Auburn Mayor Ron Anders.

Tuscaloosa and the University of Alabama’s Bryant-Denny Stadium will take its place in the 2021 to 2032 rotation hosting in 2023, 2025, 2029 and 2031. As a host, Alabama’s legendary teams and coaches are on display during the Walk of Champions as each team arrives at Super 7 in addition to the major stadium renovations scheduled to begin following the 2019 season.

“High school sports offer a unique place where life lessons are taught, the spirit of competition is cultivated, and the will to work towards excellence is engrained,” Maddox said. “The city of Tuscaloosa and the University of Alabama have always been synonymous with great football and striving towards excellence, and we want to continue that tradition by offering the opportunity for our youth across the state to continue to come to our city to play in the same arena as some of the greats who have come before them. Tuscaloosa has been a host of the Super 6 since 2009, and we want to continue to be a part of the Super 7 in our state in future years.”

Savarese thanked all three cities for their enthusiastic commitment to the AHSAA’s Super 7 Football Championship experience for its member schools.

“On behalf of our more than 400 member high schools and approximately 150,000 student-athletes this association serves, I want to sincerely thank the community partners who have pledged their support to make this idea a reality including the City of Tuscaloosa, Tuscaloosa County, Tuscaloosa Tourism and Sports, the University of Alabama, the City of Auburn, the City of Opelika, the Auburn-Opelika Tourism Bureau, Auburn University, the City of Birmingham, the Greater Birmingham Convention and Visitor’s Bureau, and the BJCC. This event not only highlights our football student-athletes and coaches, but provides an opportunity for members of bands, spirit programs, and the entire communities that these schools represent to be showcased annually at our state’s most iconic venues for which the AHSAA is truly grateful,” Savarese said.

The Alabama High School Athletic Association, founded in 1921, is a private agency organized by its member schools to control and promote their athletic programs.  The purpose of the AHSAA is to regulate, coordinate and promote the interscholastic athletic programs among its member schools, which include public, private and parochial institutions. For more information on the AHSAA, visit www.ahsaa.com.