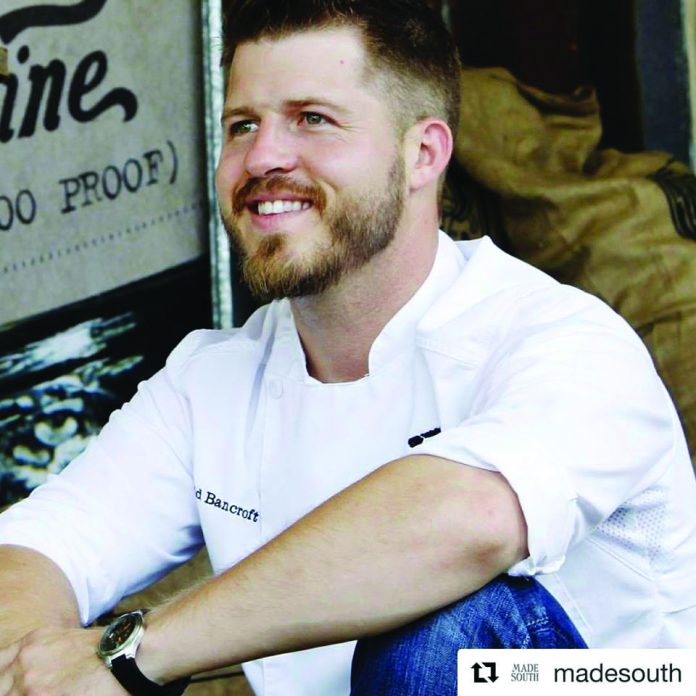 March has been a busy month for defending Iron Chef winner and Acre’s Executive Chef David Bancroft.
Last Friday, Bancroft and his staff held a groundbreaking ceremony for a new restaurant, “The Bow and Arrow,” which is slated to open this fall.
Describing it as a smokehouse-like establishment, Bancroft said the restaurant’s offerings will incorporate elements of both his Alabama roots and Texas upbringing.
“I grew up in south Texas, so doing this kind of food isn’t forced for me. This is how I trained myself, this is how I learned to cook,” Bancroft said.
Despite vast differences in menus and cuisine, Bancroft said both Acre and the Bow and Arrow will share a similar level of culinary excellence.
“The number-one thing (on our minds) is the attention to quality and the technique,” Bancroft said.
Caleb Fischer, who became Acre’s “Chef de Cuisine” in 2015, will serve as the Bow and Arrow’s executive chef once it opens this fall.
Newest cooking competition
Bancroft will be competing in the inaugural Sip and Savor Spring’s “Waffle House Showdown” this Saturday at Callaway Gardens in Pine Mountain, Georgia.
Competing against three other highly touted chefs, Bancroft will prepare iconic dishes from the fast food chain’s menu, including hashbrowns, hashbrown bowls and omelets.
“I’m much more nervous about this one (than Iron Chef),” Bancroft joked. “It’s Waffle House. You can’t mess up someone’s hashbrowns.”
Tickets are $45 per person for those 21 and over, which includes viewing of the competition, full Waffle House breakfast along with champagne and cocktails.
They can be purchased at www.callawaygardens.com/sip-savor-spring/.
Proceeds from the event will benefit the Ida Cason Callaway Foundation, which supports the upkeep of the gardens as well as the educational programs offered at Callaway.
Bancroft will also prepare a course for the Sip and Savor kickoff event, the James Beard Foundation Dinner. His course will include deviled country ham, peppermash pickles, mustard frills, grated deer jerky and fried croutons.