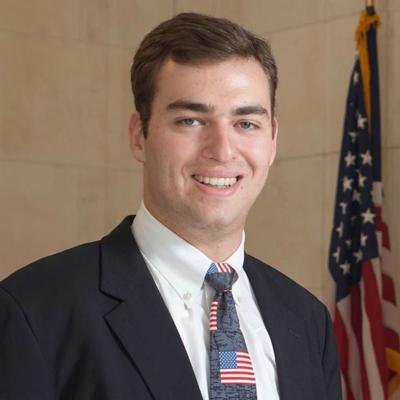 Howard Stern is a changed man. Or that is at least what he is claiming as he touts his new book, “Howard Stern Comes Again.” I, for one, have never listened to Howard Stern’s radio show, although his reputation certainly precedes him. His fame was largely achieved through controversy and on-air antics, including off-color and invasive personal questions lobbed at guests during interviews, along with crude objectification of women. Yet Stern has apparently softened with age. In a recent interview with NPR’s Terry Gross, he credits therapy with his recent transformation.
“I had never sat alone in a room with any human being on this planet and been listened to in a real way,” he told Gross, as he recalled his very first therapy session. He described how he began the session by launching into an explanation of himself, regaling the psychiatrist with stories from his youth, replete with imitations. Instead of responding in laughter, the psychiatrist interjected. “I don’t find any of this funny…no, I find it rather sad,” as told by Stern to Gross.
Apparent in the act of undergoing therapy is the admission that we need assistance that we cannot provide ourselves. It requires a certain amount of humbleness, and a willingness to delve deep in order to heal. “…I hope something that comes out of this book [is] that people aren’t afraid of therapy,” Stern told Gross. For many, it might be hard to imagine Stern being an advocate for mental health counseling.
No matter what one thinks of Stern, he certainly has had an illustrious career. His net worth is estimated to be more than $500 million. His move to SiriusXM in the mid-2000’s enabled satellite radio to reach more than 30 million subscribers. His methods for topping the ratings charts (at least in the past) are quite well-known to millions of Americans. “All the sexual antics, the religious antics, the race antics — everything that I talked about, every outrageous thing that I did — was to entertain my audience and grow my audience,” he told Gross. Yet was it necessary for Stern to act in such a way in order to build a large following?
This question of what it takes to achieve success – and by what means – is a fascinating one. Is it true that one must make sacrifices along the way in order to achieve fame and fortune? If so, such concessions would likely take away from the end result. The methods by which professional success is attained seem just as important as the achievement itself. Perhaps serving as a cautionary tale for those intent on building illustrious careers, providing an opportunity to carefully consider whether or not it is indeed possible to avoid selling one’s soul in order to achieve big dreams.
Stern’s most recent book is a compilation of interviews, helping chart his genesis from reaching for the reaction to exhibiting a bit more depth. He tells Gross about a particularly moving conversation with late night host Steven Colbert, where Colbert spoke about the death of his father. He seems to tout this story as evidence of his metamorphosis, although he concedes his show still contains plenty of off-color and vulgar humor.
I wonder how this new version of Stern is being received. Has he really changed, or is he simply doing this for affect? It’s entirely possible this second act is entirely a ruse, an effort to keep his name in the public eye while building a more palatable, long-lasting legacy. Has the #MeToo Movement forced him to reconsider his past? Or perhaps this does indeed capture a genuine change of heart. After all, who among us hasn’t changed throughout the course of a lifetime?
We, as Americans, love stories such as these. We revel in tales of transformation because we all want to believe that the same could be true of us. We, too, want to feel as if we can conquer our demons and build a life resembling the one we desire. Stories such as Stern’s seemingly provide fodder to the premise that it is never too late for someone to be granted a second chance.
As of now, Stern is still unsure of what the future holds. “I’m kind of afraid of retirement,” Stern told Gross. With two years left on his contract, he will continue talking to his audience for at least a little while longer – forcing listeners to continue grappling with the implications of his words. For, those on the radio can say what they like; yet, listeners are left to make sense of what is being heard.
“…I want to thank you for staying in radio for all these years,” Gross told Stern, highlighting his decision to forsake other mediums and instead remain in radio for decades. For Stern, leaving radio would likely be quite anathema. After all, it’s quite clear that he is doing what he loves.
“I love radio, radio is the best…” Stern said.
The interview ends, without a definitive answer regarding the true nature of Stern’s transformation.
Maybe this is as intended. For, isn’t it up to the listener to decide?
Samuel Moore-Sobel is a freelance writer. To read more of his work, visit www.holdingontohopetoday.com.