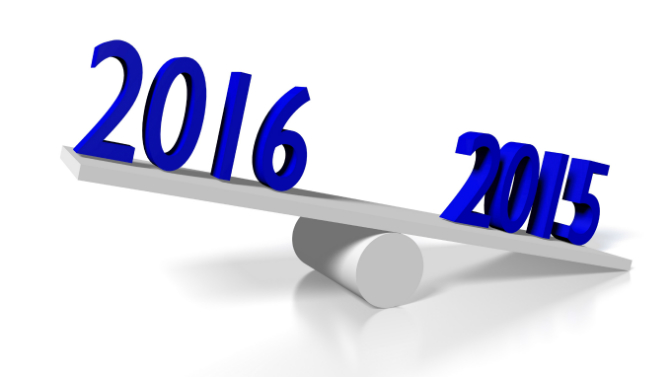 Opelika had a great 2016. Below, we have taken a look back at the big stories from the Observer that shaped the city’s year. We have listed them, along with a brief synopsis, for your enjoyment. We thank our loyal readers and wish you all a Happy New Year!
Jan. 8: “We all scream for ice cream”
The Observer reported on Jan. 8 that O Town Ice Cream was opening a permanent presence on South Railroad Avenue. Owners Angela and Chris George announced the imminent opening of a unique ice cream shop that features flavors named for local people and places like Spring Villa Vanilla, Summer Swing Strawberry and Mrs. Patton’s Peppermint.
Jan. 22: “McGinnis joins Cooper Memorial as new director”
The Jan. 22 issue reported that Rosanna McGinnis was named librarian of Opelika’s Lewis B. Cooper, Jr., Memorial Library. With degrees from Montevallo and the University of Alabama, McGinnis previously worked as a librarian in California and Japan for the U.S. Marine Corps.
Feb. 12: “When free isn’t free”
When a local private firm began offering “Downtown Free WiFi,” the Observer reported, on Feb.12, the “free” had a price: all your personal information would then be made available to others upon agreeing to user terms. Shortly after the Observer article was published, the “free” wireless service was discontinued.
Feb. 26: “Wright’s Market recognized by U.S. Chamber of Commerce”
Later in February we reported that Opelika’s own Wright’s Market had been selected as one of America’s top small businesses by the U.S. Chamber of Commerce. Supermarket owner Jimmy Wright said he believes his involvement in community affairs was  the main reason for the honor. Wright is one of the leaders of the Carver-Jeter project as well as several other community projects. Wright’s also provides a shuttle service for shoppers lacking transportation to the grocery store.
March 4: “Hughes defeats Treese to win Lee County DA seat”
In the March Republican primary, first time candidate Brandon Hughes beat incumbent District Attorney Robbie Treese by a 58-42 percent margin.
March 11: “Alabama now has Ava’s Law”
Thanks to the combined efforts of Lee County Assistant District Attorney Jessica Ventiere and state Sen. Tom Whatley, Ava’s Law was passed in mid-March, enabling aggravated child abuse to be prosecuted as murder rather than manslaughter under previous law.
April 20: “Changing city streets”
A Supreme Court ruling in favor of limited local authority over type of commercial signs sparked changes in the Opelika landscape in mid-April in the form of several 260-square-foot commercial electronic billboards. The decision also prompted quicker action on a local sign ordinance to put local businesses on a more nearly equal footing, with regard to signage, with Rose City LLC, which brought the original suit against the city.
May 18: “OHS art project tells history of Opelika”
In the May 18 issue of the Observer, we wrote about the completion of an art project at OHS that tells the history of the city. The “heritage wall,” which is a series of sculptures depicting major Opelika eras runs along the exterior right corner of the performing arts center.
June 29: “Granny’s Southern Cooking to open in former Tyler’s Restaurant building”
We ended June with an article on Granny’s Southern Cooking, the cafeteria-style restaurant that opened in the former Tyler’s Restaurant building on Geneva Street.
June 20: “Standing United”
In our June 20 issue, in the midst of nationwide violence, we featured an article after Opelikans gathered together at Greater Peace Baptist Church to pray for the country and the city.
Aug. 24: “Gary Fuller elected to fourth term”
In our Aug. 24 issue, our staff reported that Mayor Gary Fuller was elected to a fourth term. The Observer covered the election results live from city hall and posted results online and on social media.
Sept. 28: “Miles Thomas inducted into Alabama Pharmacy Hall of Fame”
The Sept. 28 issue featured an article  on the induction of the well-known pharmacist Miles Thomas into the Alabama Pharmacy Hall of Fame. Thomas was the founder of Opelika’s Thomas Pharmacy.
Oct. 5: “This is your life”
Concluding the 25th annual Kiwanis Celebrity Golf Classic, the Kiwanis club recognized Tom Bryan, a former Auburn University football star, State Farm insurance representative, Kiwanis member and event organizer. Kiwanis Club members purchased a service dog in recognition of Bryan, naming it after him and giving it to a Coast Guard veteran who suffers from PTSD. (Dec. 21 issue)
Oct. 12: “Gibson-Pitts secures Ward 2 seat”
In our Oct. 12 issue, the Observer reported the results on the city’s runoff election, in which Tiffany Gibson-Pitts defeated Oscar Penn for the Ward 2 seat.
Nov. 23: “Old mill features fondly in Opelika memories”
In our Nov. 23 issue, the Observer reran a 2015 article on the historic Opelika Mill, which burned on Nov. 15, 2016.
Nov. 30: “All aboard”
Opelika’s Municipal Park saw the return of two of its icons, the Rocky Brook Rocket, and monkey statues commemorating the park’s well-known nickname, “Monkey Park.”
Dec. 14: “Pam Powers-Smith named new chamber president”
We reported in the Dec. 14 issue that the Opelika Chamber of Commerce introduced Pam Powers-Smith as its new president, who replaces longtime chamber president Barbara Patton.
Dec. 21: “Late Dr. Bob Mardre to be honored at EAMC”
The Dec. 21 issue featured an article on the late Dr. Bob Mardre,  who spent nearly 40 years working for the hospital and expanding its radiology department. The radiology area of the hospital will soon be named for him. Mardre passed away Dec. 10.