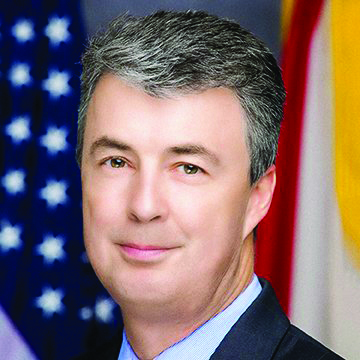 CONTRIBUTED BY
THE OFFICE OF ATTORNEY GENERAL STEVE MARSHALL

“The Biden administration’s mandate to impose mass COVID-19 vaccinations on America’s health care workers was neither lawful nor medically justified,” Marshall said. “Even as COVID-19 vaccines have been largely disproven as effective in preventing COVID transmission, studies have also shown increased health risks associated with these vaccines.

“Yet, the Biden administration continues to double down on health care workers across the country who refuse to submit to vaccines that might be harmful to their health. The Biden mandate has caused many medical professionals to quit their jobs rather than be subjected to the medical risks of the vaccines, creating health care worker shortages.

“My fellow attorneys general and I have for more than a year been strongly opposed to the federal health care worker vaccine mandate, filing lawsuits and speaking out publicly against this illegal and harmful mandate, and we will not stop our efforts until we put it to an end.”

Marshall and the coalition of attorneys general filed a petition Thursday under the Administrative Procedures Act requesting the U.S. Department of Health and Human Services and the Centers for Medicare and Medicaid Services (CMS) take immediate action to repeal its Interim Final Rule (IFR) and State Surveyor Guidance, which require participating health care facilities to “develop and implement policies and procedures to ensure that all staff are fully vaccinated for COVID-19.” The mandate has violated the rights of health care workers and worsened staffing shortages in that sector, especially in rural and frontier states like Alabama.

The IFR regulates over 10 million health care workers and suppliers in the United States. Of those, CMS estimated that 2.4 million were unvaccinated when it issued the IFR.

“CMS’s objective is to coerce the unvaccinated workforce into submission or cause them to lose their livelihoods,” the petition states. “If CMS succeeds in coercing states to enforce the IFR against their own citizens, these health care workers will lose their jobs (or not return if they already have), states will lose frontline health care workers, providers, suppliers and services, and America’s most vulnerable populations will lose access to necessary medical care.”

As a result, states will further lose frontline health care workers, providers and suppliers and ultimately, America’s most vulnerable populations will lose access to necessary medical care. CMS itself has already admitted there are “endemic staff shortages for all categories of employees at almost all kinds of health care providers and suppliers.”

“As a result of the IFR, significant numbers of their citizens who are health care employees have been forced to submit to bodily invasion, navigate exemption processes or lose their jobs and their livelihoods,” the petition states. “All their citizens will suffer as a result of the predictable and conceded exacerbation of labor shortages in hospitals and other health care facilities.”

The vaccine mandate violates the states’ sovereign right to enact and enforce their laws and exercise their police power on matters such as compulsory vaccination, and it fundamentally changes the deal under which they agreed to participate in the Medicare and Medicaid programs. Additionally, the IFR is arbitrary and capricious, structurally defective and exceeds CMS’s statutory authority. Constitutionally speaking, it violates the Tenth Amendment; Nondelegation, Major Questions and Anti-Commandeering doctrines; and the Spending Clause.

The petition to repeal the vaccine mandate can be read at www.alabamaag.gov/Documents/news/CMS%20Petition%20for%20Rulemaking%20(final).pdf.