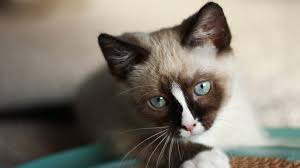 I have never been much of a cat-person.
I don’t dislike cats. I’d never purposely hurt a cat. I’m just I am not one of those people who take delight in what they consider to be the positive traits exhibited by the domestic feline. When they speak of intelligence, companionship, independence, and a whole host of wonderful cat characteristics some folks find admirable, I generally shrug and say “whatever”.
I know a cat-lady who claims her cat practiced holistic medicine.
And who am I to say she it doesn’t?
However, I would be a cat-person, if every cat was like Rover.
Rover-the-cat.
He got his name because he roved up one day.
Black and white and skin and bones.
Arriving without fanfare and without pedigree, lost or strayed or just passing through and taking a break. Had there been an alley in the neighborhood he would have been an alley cat. Had it not been for my bleeding-heart liberalism and innate sympathy for the dejected and downtrodden, I would have sent him on his way to continue searching for whatever he was searching for.
Instead, I fed him.
He stayed.
Now at the time there was another cat in my life, whose presence did much to shape my attitude toward the species. Growltiger, who belonged to my daughter, was an inside cat. She was ill-tempered, ill-mannered, vain, and conceited.
Growltiger and I carried on a running battle of wits to see who could irritate the other the most. Once, at a party, she settled down in full view of me and my guests and licked herself until she formed a massive hairball which she loudly disgorge for all to see and for me to clean up. Another time she went into my closet and used my shoes as a litter box. (Good taste and the SPCA prevent me from telling of the times I got the better of her, the most memorable of which involved a warm TV, duct tape, and an electric can opener.)
Though I fed her every morning Growltiger treated me with a mixture of distain and disgust. She ate as if I wasn’t there, as if somehow she and she alone had willed the food to miraculously appear simply and exclusively because she was not just “a” cat, but “the” cat.
Which is why Growltiger did not like Rover.
Which is why I did.
Unlike Growltiger, Rover appreciated the food I gave him. And he appreciated the little cathouse I fixed for him outback when winter approached and it was apparent that he had no intention of leaving. He appreciated it when I dressed his wounds, for Rover was a fighter but not a very good one. He was a better lover, to which the number of black and white kittens in the neighborhood attested, and I am certain that many of the cuts he brought home for me to tend were as much the product of passion as pugnacity.
And Rover, as you might have gathered by now, was male. Everyone else in and around my house wasn’t.
Rover and I bonded.
Rover liked the warm and soon revealed himself as a master at finding a sunny spot and going to sleep. You could almost use Rover as a sundial, for as the celestial orb moved, so did he. And as the years rolled by sleeping in the sun became his favorite pastime.
Eventually Growltiger went to Kitty Heaven – well, maybe not Heaven – but Rover hung in there. His age as undeterminable as his gene pool, he lived on and well.
His favorite sleeping spot was in the middle of a sun-warmed street, and since the road we lived on was short and dead ended, he was safe from speeding cars. Besides, the neighbors knew when he would be out and they gave him the right-of-way. So every day that the sun shone, and some days when it didn’t but the asphalt was still warm, you could find him there.
One bright day he slowly made his way out to his favorite spot, pausing from time to time to shake off the ache in his ancient joints. Then he lay down and closed his eyes and sometime between then and sunset he died.
I buried him in the garden, right next to the compost pile, the decaying heat from which, I figured, would warm him on his way.
No marker. But if there had been one it would have read “Rover. Good cat. He weren’t no trouble.”
Not a bad way to go.
Nor a bad way to be remembered.

Harvey H. (“Hardy”) Jackson is Professor Emeritus of History at Jacksonville State University. He can be reached at hjackson@cablene.net.