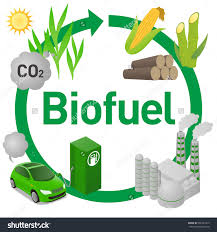 By Steven Taylor
Special to the
Opelika Observer

During the past 15 years, biofuels have been a hot topic in the energy production world. You could hardly turn on the television or radio without hearing about the latest research and benefits of biofuels, which can be produced from agricultural and forest residues and dedicated energy crops. In fact, to help encourage the development of biofuel technologies, Congress provided tax breaks and incentives for companies that produced and sold biofuels.
Times have changed, though, and biofuels are not a front-page story today. Presently, natural gas is the darling of the electrical power industry for baseload operations. It’s clean, relatively inexpensive and readily available. Many power plants and manufacturing facilities are converting their old boilers to burn natural gas. Natural gas is on a high, and there’s no forecast to determine when it will come down.
But for a moment, let’s reexamine biofuels, as they can still play an important role in our state’s energy production and economic development. According to the Energy Institute of Alabama, our state ranks fifth in the nation for electricity generation from biomass-based fuels. Biomass consists of plants or plant-based materials such as agricultural crop residues, forest residues or dedicated energy crops such as switchgrass or fast-growing trees. These various sources of biomass can be used not only for generating electrical power or making liquid transportation fuels such as gasoline or diesel fuel, but they can create a wide array of co-products such as plastics and adhesives.
Here at Auburn University, we are conducting research to maximize the usage of biomass for conversion to biofuels and valuable co-products. While most people think of corn-based ethanol when biofuels are mentioned, researchers at Auburn are advancing the technology to convert grasses, pine trees and hardwoods to gasoline, diesel and jet fuels. To make the fuel production process more economically feasible, we are developing a suite of co-products that can be produced at the same time.
Through grants from Alabama Power Co., the Electric Power Research Institute, the U.S. Department of Energy and the U.S. Department of Agriculture, we have been addressing many of the challenges in using biomass to create renewable biofuels and electrical power.
One of the greatest challenges with biomass-based fuels is logistics. Forest and agricultural biomass is usually scattered and is difficult to collect and transport cost-effectively using traditional harvesting machines and trucks.
In projects sponsored by the departments of Energy and Agriculture, we have developed innovative and efficient ways to collect and transport the biomass from its original site to a power plant, refinery or manufacturing facility. Other research is developing biochemical and thermochemical methods to convert the biomass to liquid fuels, chemical products and electrical power.
Auburn researchers are also tackling the challenge of capturing gases emitted from landfills. Currently, it’s cheaper to flare the landfill gas than it is to clean and transport it to another location for reuse.
Our faculty have developed methods to remove unwanted sulfur from the gas, which then makes the gas valuable for production of electrical power or liquid fuels.
Additional research has developed smaller-scale, more cost-effective reactors that can convert this gas to gasoline and diesel.
Once these processes have been perfected, it will not only allow electric utilities and fuel producers another viable option in clean fuel choices, but the resulting new industries will open the door for more employment opportunities, particularly in our rural areas where forest and agricultural biomass is produced.
As you can see, these are exciting times for Alabama’s energy industry. We are continuing to expand our diverse energy base, while finding new ways to utilize resources already in place. Biomass and the resulting biofuels can, and will, continue to play an important role in adding to our resource mix. To learn more about Alabama’s reliable, clean and affordable energy resources, visit the Energy Institute of Alabama’s website at energyinstituteal.org.
Steven Taylor is a professor of biosystems engineering and associate dean for research at Auburn University’s Samuel Ginn College of Engineering.

Letter To the Editor: Thank You

The Rightside Way: For Our Kids