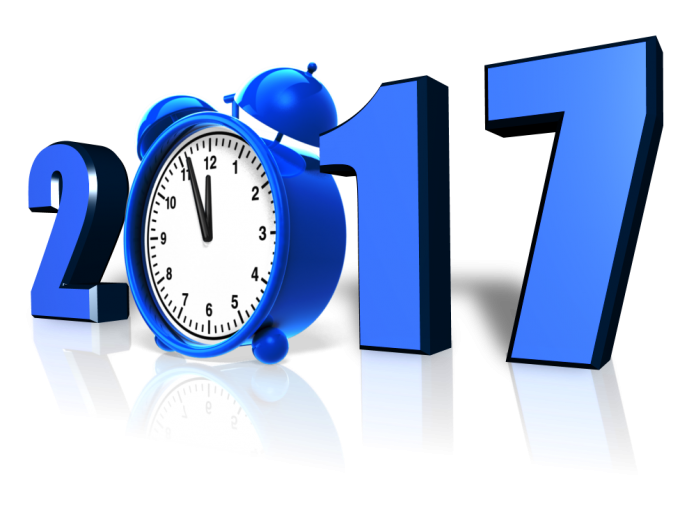 2017 was a big year for both the city of Opelika and the Observer. Below is a list and brief synopsis of the year’s biggest stories. We would like to thank our loyal readers and wish you all a Happy New Year!

Jan. 12 – Five Opelika children were trapped in a house fire. Four, Za’Khyia, Atira, Karmina and Bryson Core were pronounced dead at the emergency room, but Keiyonna was transported to Children’s Hospital in Birmingham and survived.

Jan. 25 – Beauregard High School’s La’damian Webb became the first junior to ever be named Mr. Football in Alabama following a record-breaking season which saw him rush for more than 3,200 yards and 47 touchdowns. Webb also helped guide the Hornets to their first ever state championship.

Jan. 30 – Collaboration Station, a start-up space for entrepreneurs, opened its doors. The business replaced Round House, which closed in December 2016 amid controversy about financial woes and mismanagement by its owner, Kyle Sandler.

Feb. 5 – A massive fire engulfed the roof and attic of the beloved Opelika barbecue establishment Papa Joe’s Bar-B-Q. Business owner Vickie Anderson announced the permanent closure of the business in October, followed by the building’s demolition in November.

Feb. 22 – The city began construction on a multi-use recreational bike path in various parts of downtown Opelika. The project was finished in late April and was unveiled during the city’s Cinco De Biko event May 5.

March 15 – Former Opelika Utility Board Chairman Warner Williams passed away at the age of 86. A former chamber of commerce president and longtime Opelika Kiwanis Club member, Williams’ contributions to the community were recognized when a new, state-of-the-art water treatment plant was named after him.

May 1 – The Lee County Commission voted to begin construction of an addition to the historic Lee County Courthouse by accepting the low bid of $9,328,844 from Carmon Construction, Inc., of Albertville.

Aug. 30 – The City of Opelika passed an ordinance that allowed the ride-sharing service Uber to begin operating in Opelika.

Aug. 31 – Alabama Gov. Kay Ivey visited Opelika for the Baxter International facility ribbon cutting. The event was a celebration of the company’s recent expansion, which added more jobs and 230,000 square feet of production lines to help address the growing demand for dialyzers.

Sept. 7 – The Observer announced its relocation from 225 S 8th St. to Collaboration Station, located directly across the street at 216 S 8th St. in downtown Opelika.

Sept. 14 – Jimmy Wright of Wright’s Market testified before U.S. Senate’s Committee on Agriculture about his plans for implementing a new, online-purchasing version of the Supplemental Nutritional Assistance Program (SNAP).

Sept. 16 – Jordan Alexander, daughter of Opelika Police Department Sgt. Justin Alexander and wife Brittany, was chosen for the second-straight year to be featured in a video presentation for the National Down Syndrome Society’s 23rd-annual Buddy Walk event.

Sept. 24 – Drew Holcomb and the Neighbors performed a Sunday afternoon show at downtown Opelika’s John Emerald Distillery. The group, formed in 2006, has achieved Billboard 200 success and is nationally known for its blending of genres, particularly folk and roots styles.

Oct. 4 – The Budweiser Clydesdales paraded through the streets of downtown Opelika for Opelika Main Street’s ‘Clydesdales on the Tracks’ event. The horses have been a face of the beer company since the 1930s.

Oct. 14 – The first annual Shine Prom for people with special needs was held at the Opelika Sportsplex. Sponsored by Chick-fil-A Tiger Town, Sportsplex and Hudson Family Foundation, the event featured an evening full of music and dancing.

Oct. 31 – Retired Command Sgt. Maj. George J. Marlett passed away at 96 years of age. Marlett was best known for his years of service during World War II in Europe and Opelika’s POW camp.

Nov. 7 – The National Geographic Channel aired a miniseries called ‘The Long Road Home’ portraying Opelika’s fallen soldier Stephen ‘Dusty’ Hiller and the events which led to the ambush on his Army unit and death in Iraq in 2004.

Dec. 14 – Opelika High School senior Carly Parker passed away at Children’s Hospital in Birmingham due to complications caused from a 10-year bout with cancer.
Carly was the daughter of City Engineer Scott Parker and his wife Miki.