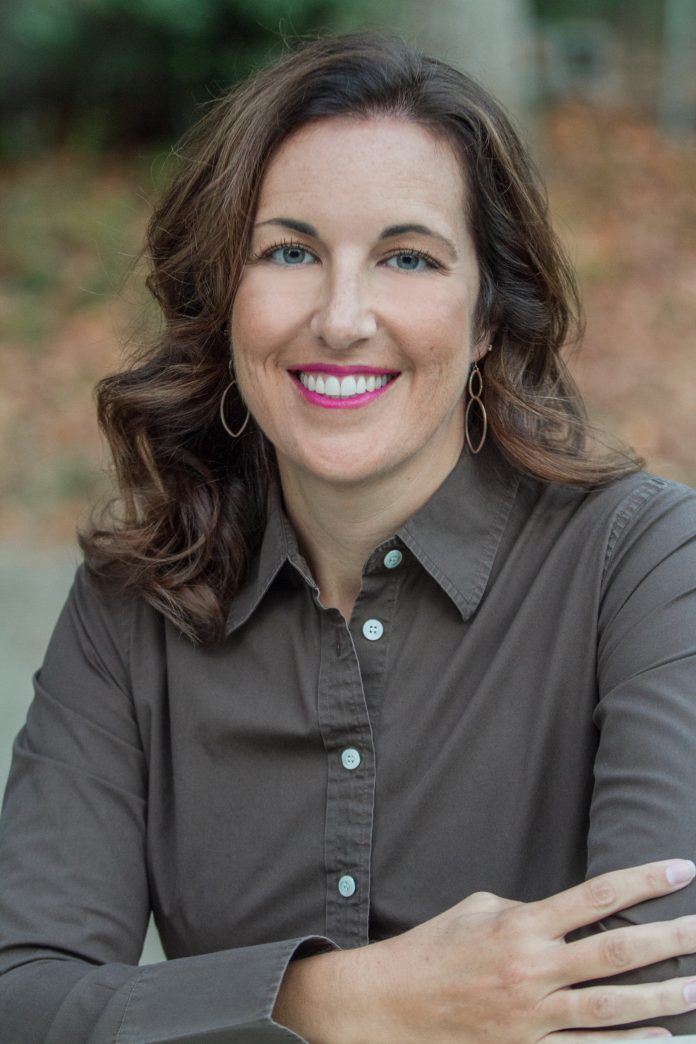 Reflecting on her participation in the City of Opelika’s inaugural ‘20-Under-40’ class, Opelika Chamber of Commerce President Pam Powers-Smith said the program helped give her a deeper appreciation for her adopted hometown.
“I was surprised at how little I knew. You think you know your city and you think you know your community, but you got to dig deeper sometimes,” Powers-Smith said. “I think 20-Under-40 was crucial in that basic, foundational, ‘this is really how it works!’ … as well as learning about the other sectors of town and how they worked together.”
Originally from Sylvania, Alabama, Powers-Smith said she was awarded a scholarship during her senior year in high school to attend Auburn University, where she would major in public relations.
After graduation, she secured a managerial position in public relations with the Auburn-Opelika Tourism Bureau, where she worked for nearly four years. She left the bureau in 2003 to assist her husband Rob in running his Auburn-based photography business, ‘FlipFlopFoto’.
Because of its rapid growth and operating expenses, the couple decided to relocate the business, and quickly decided where that next place would be.
“The minute we drove into downtown Opelika, we both immediately looked at each other and said, ‘this is where we want to be,’” Powers-Smith said.
Shortly after their relocation, Powers-Smith said she began to take a deep and vested interest in the downtown area and its merchants, which eventually led her to join Opelika’s inaugural 20-Under-40 program in 2006.
“After moving to downtown Opelika, I quickly became involved with the (Opelika) Main Street board. And I think just making those connections, whether it was with a city or chamber person, that was what led me to 20-Under-40,” Powers-Smith said.
Along with a class including future Keep Opelika Beautiful Director Tipi Miller and former Opelika High School head coach and athletic director Brian Blackmon, Powers-Smith said she learned that leadership can come in a number of different ways.
“I saw the differences in our group, and how we were going to lead in different ways, but I appreciated every person in our group. What in my mind was the textbook definition of a leader was in my mind changed a year later after I finished 20-Under-40,” Powers-Smith said.
Four years later, Powers-Smith would accept the position of director with Opelika Main Street, where she said she employed her newly acquired knowledge of the city to grow and continue the revitalization of downtown.
In December 2016, following word that longtime chamber president Barbara Patton would be retiring, Powers-Smith said she applied and interviewed for the position. Weeks later, she said she received a life-changing phone call from the chamber’s Board Chairman Bill Trant.
“I was driving to my
parents for Christmas when Bill called and told me I had the job… and I was just super excited. It can be scary to do new things and take on new challenges, but I remember the feeling and how excited I was,” Powers-Smith said.
More than a year later, Powers-Smith said she is still learning but enjoying her role as chamber president, and is excited to see what the future holds for Opelika.
“Growth is good, smart growth is better. Either way, it’s exciting right now, and I think any citizen would tell you that,” Powers-Smith said. “It’s exciting to know that a new restaurant is opening, or there’s another retail option at their fingertips, and they’re not having to get in their car and drive 40 minutes to get what they need.”
Powers-Smith said she is also excited for the future of the 20-Under-40 program, and using it as a tool to promote the city as well as cultivate the civic leaders of tomorrow.
“It truly is a training ground for the leaders of the future. It may seem cheesy on a piece of paper, but that’s what it really is,” Powers-Smith said. “We want them to have the framework … and it may be 10 years before they decide to be on the school board, and it may be 10 years before they decide to volunteer, but we want them to be ready and (equipped) for that.”
For more information on the 20-Under-40 program, visit www.opelikachamber.com/20-under-40 or call 334-745-4861.