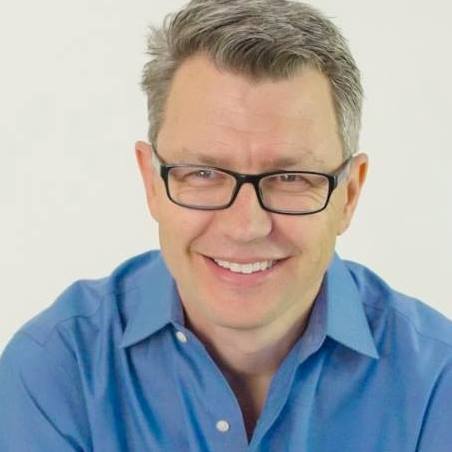 By Kendyl Hollingsorth
For the Opelika Observer

Opelika-based businessman John Marsh, the man behind J Marsh Enterprises Inc. and a member of the 2007 class of the 20-Under-40 program, reflected on his success in building a career and a life that he loves with the help of friends and mentors.
“At first, I didn’t understand how business or money worked, and when you grow up poor, nobody teaches you,” Marsh said. “Money’s like a language…you can’t speak if you can’t communicate, so learning how to build the right relationships, great mentors—men that love me and still invest in me, and some have for over 20 years—has been the key.”
Marsh and his wife Ashely, an Opelika native, bought their first house in Opelika on Geneva Street in the 1990s. They fixed it up over the course of six and a half years, one paycheck at a time, and it sparked a love for revitalization and “redemptification”—a word Marsh came up with that means “the creative work of renewing a person, place or object to its unrealized but intended beauty or glory.” Though not from Opelika himself, Marsh said he has come to love his new home and has no plans to leave.
“We’re ‘til death do us part’ with this place,” Marsh said. “Something about us and something about this place—it’s meant to be together.”
Years later, after renovating more than 180 houses and buildings and 10-12 blocks in the downtown Opelika area, Marsh is still going. He is working on what he calls “IBP 3.0,” a rebranding of Irish Bred Pub that will be unveiled on St. Patrick’s Day.
Other current projects of his include revitalizing Auburn Street and creating an 88-room boutique hotel, The Hotel Southerly, which is part of his big dream. However, Marsh would also argue that he is living a dream already.
“Imagine if your whole life was like recess,” Marsh said. “It’s like almost everything I do is stuff I want to be doing…everything I want to do is what I built. I’m not doing something that I don’t want to do…I get to meet really cool people, fly to incredible places, see incredible stuff happen—I say I have front row seats to miracles. It’s kind of fun.”
Marsh said he keeps in touch with friends he made in the 20-Under-40 program and still reaps the rewards from his time there.
“We’re shaped by the people we meet and the books we read, so when you get a curated group of people who are 20 people under 40 years old who have some kind of fire in their belly to do something meaningful, it’s pretty easy to see they’ll say some things and do some things to help you see differently,” Marsh said. “It’s really like people letting you borrow 20 different pairs of glasses—see the world through their perspective.” It is these experiences that Marsh credits for helping him broaden his perspective.
Using his own experiences and the lessons he has learned through the years, Marsh and his new company are helping cities across the country learn how to grow as Opelika has.
“What we did here in Opelika is an example of what’s possible…but we know there’s some primary questions you’ve got to answer…we’ve got to know who we are, and Opelika is for artists and builders and makers,” Marsh said. “We are for those people who uniquely want to take their gifts and put them to work in the world.”
Marsh said he can’t imagine living any other way, and he plans to continue working for as long as he can.
“Everything I am—what I do and who I am and what I care about—is all the same thing…(work) doesn’t look any different than any of the rest. It’s filled with all the things that make my heart sing,” Marsh said. “I strive to be bigger on the inside than I am on the outside, and my goal is to leave a legacy on the hearts of men and not just in sticks and bricks.”