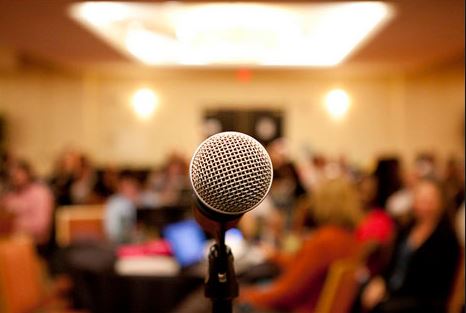 The Lee County Voters League hosted a meeting Tuesday night at St. James Missionary Baptist Church for the three Democratic candidates vying for Alabama House Seat for District 83 giving them opportunity to share their platforms with the public.
Jeremy Gray, Patsy Jones and John Andrew Harris were each given approximately three minutes to introduce themselves to the crowd and to give details about their platforms.
THE PLATFORMS:
Jeremy Gray
• Envision
• Engagement
• Entrepreneurship
Patsy Jones
• Education
• Jobs
• Healthcare
John Andrews Harris
• Being a voice of the people
• Advocating for the community
THE QUESTIONS
“Will you continue to support the budget for the Alabama Silver Hair Legislature?”
All three candidates answered this question with a resounding yes and voiced their commitment to the senior population.
“Are you in favor in arming teachers in the classrooms?”
None of the candidates are in favor of arming teachers in the classrooms. Gray, Jones and Harris all agreed that arming resource officers could be a option.
Also during the meeting other candidates running the primary race on June 5 had a chance to address the audience in five-minute intervals.
Those in attendence were:
• Joe Siegelman, Democratic candidate for attorney general
• Sue Bell Cobb – Democratic candidate for governor
• Madolyn Kirby representing Walt Maddox, Democratic candidate for governor
• Dr. Adia McClellan Winfrey, Democratic candidate for Alabama’s 3rd Congressional District
• Sharyn Pulling, who represented Mallory Hagan, candidate for Alabama’s 3rd Congressional District
The LCVL’s next meeting will be June 4, the day before the primary.